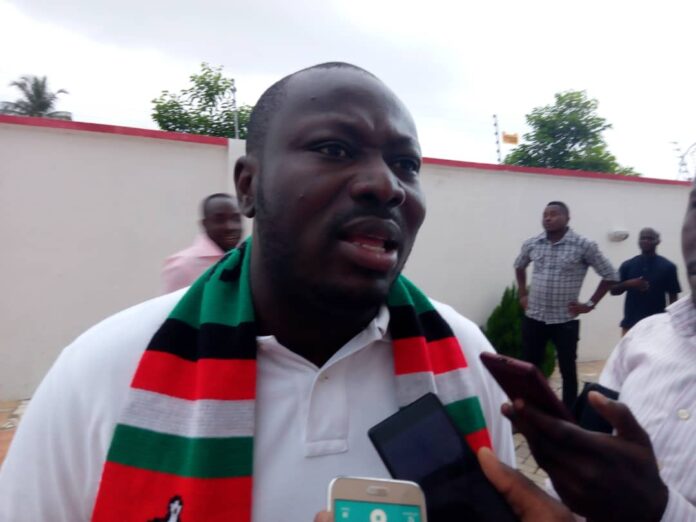 The youth wing of the opposition National Democratic Congress(NDC) has described the National Peace Council(NPC) as hypocritical and biased towards their party.

The largest opposition on Thursday night berated the Peace Council of failing to ensure strict adherence to the Code of conduct and Roadmap to ending political vigilantism, especially in the ongoing mass registration exercise across the country.

Addressing a Press Conference in the capital, the National Youth Organiser of the party, George Opare Addo claimed their members have been brutalised by NPP vigilante members operating under the guise of National security.

The party thus wants the Peace Council to stop treating its arch rivals with kids gloves and crack the whip on the NPP, who are flagrantly violating the terms of the Code.

“To the hypocritical Peace council, we’re advising them that out of the 22 deliverables that they brought before for us to sign, 18 were supposed to have been signed by the Government of Ghana led by Nana Aado Dankwa Akufo-Addo. The NDc has signed, up to date, the government is refusing to sign. And anytime there are issues and instead of them condemning the NPP for acts of violence, because of how they behave they end up adding up the the NDC to it. We’ll not accept it.

“And we’re telling them, if the NPP is perpetrating violence and they can’t call them to order, nobody should call anybody in the NDC to order”