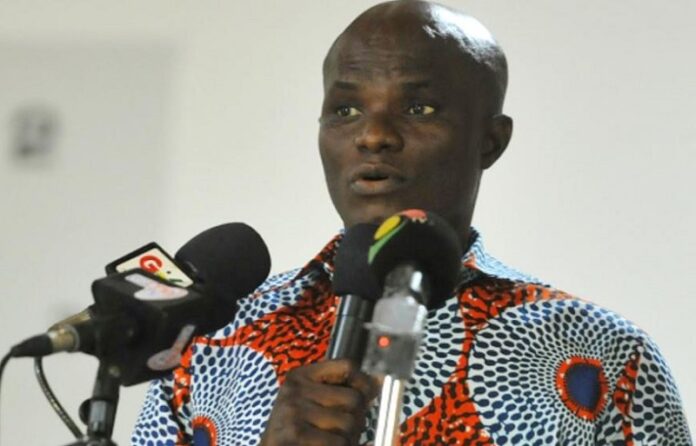 The NDC scribe has alleged that the MP who doubles as the Deputy Minister of Fisheries and Aquaculture held his neck to a point he almost suffocated.

Mr. Edward Acquah claimed the MP became angry and attacked him after the NDC members questioned him over some about 500 people he allegedly smuggled into the constituency to register in the ongoing voters registration exercise.

But Hon. Ato Cudjoe responding to the charge against him said the public should discard the allegations.

“Where did I hold his neck as he is claiming, it’s never true I did that. As a Member of Parliament, I don’t take the law into my own hands I believe in the rule of law. There are security personnel at every centre so how will they look on for such an incident to happen. The NPP abhors such actions and I will never put up such behavior especially in public. The NDC should not try to cause problems in Ekumfi, of they do they will be stopped right in the tracks. What we need peace in Ekumfi to develop.”

Ekumfi will experience more development in the coming years – MP

My attackers are NDC – Ekumfi MP