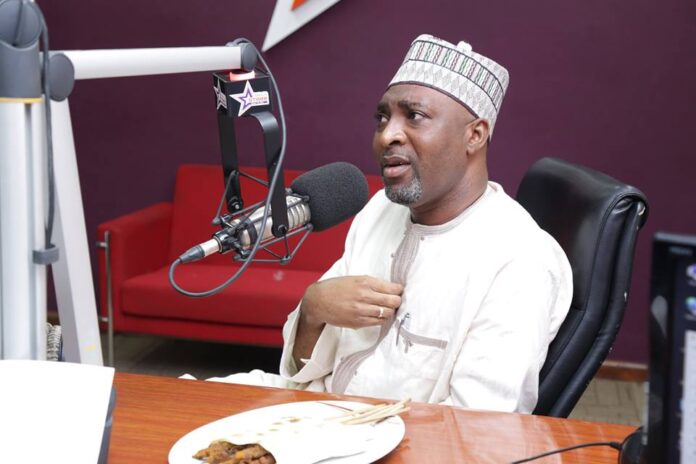 The Minority Chief Whip, Mohammed Muntaka Mubarak says he’ll heap tonnes of thanks on the good people of Asawase where he’s the Member of Parliament even in the unlikely event that they don’t re-elect him come December 7 election.

According to the four-term MP, the people of Asawase have made him who he is now, hence he’ll have no good reason to complain if he loses the crucial election.

“Until my election, there was no candidate who had held the Aswase seat more than one term. I’m doing my utmost best to develop Aswase and improve on the living conditions of my constituents and the people acknowledge my hard work and sincerity. But I have my shortfalls as human as I am. I’m very confident that the people of Asawase will vote for me for the fifth time but I always say this, if the people of Asawase do not vote for me come December 7 Parliamentary election I will have to thank them because they’ve done a lot for me. I doubt I would have been this popular and would have had so many opportunities like I’ve had if I had continued to be in private practice. So I continue to thank the people of Asawase. As for the decision to vote for me again or against me, that’s left with the constituents,” he told host Bonohene Baffour Awuah on Anopa Kasapa on Kasapa 102.5 FM.

The former Youth and Sports Minister added: “If you want to defeat Muntaka in Asawase you’ll have to do far more than the NDC has done for Asawase people to convince them to vote for you. Not that you go and bus people from another constituency into Asawase to vote for you when they are not residents. If you do that you destroy Ghana’s democracy.”

Hon. Mohammed Muntaka Mubarak has first entered the Parliament of Ghana on the ticket of the National Democratic Congress in 2005 when he won a by-election in the Asawase constituency with a majority of 11,142, replacing the late Dr Gibrine also of the NDC who had won the seat in December 2004 with a majority of 4,474.

Apologize or prove your bribe allegations – GBA to Muntaka