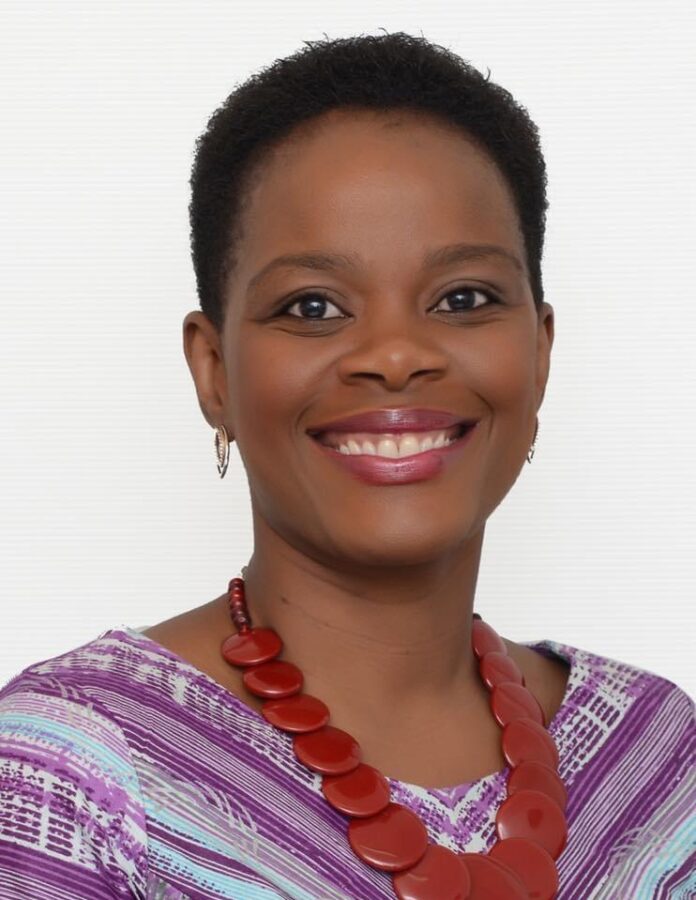 The Founder of MountCrest University College, (MountCrest) Mr. Kwaku Ansa-Asare, has appointed Mrs. Irene Ansa-Asare Horsham as the new Rector of the institution.

Her appointment, according to a letter signed by the Founder, Mr. Ansa-Asare, is for an initial six-year period with effect from Wednesday, July 1, 2020.

At age 39 at the time of her appointment, Mrs. Horsham, who is a lawyer, law lecturer and administrator becomes the youngest head of an accredited tertiary institution in Ghana.

The Founder observed that Mrs. Horsham had established an extensive network to be able to build bridges and foster innovative linkages with other institutions of higher learning in Ghana, Africa, the Commonwealth and beyond.

This, he noted, is in line with the vision of MountCrest to become a world-class teaching and research university, educating for life and addressing the challenges facing contemporary society.

The Founder, on behalf of the Governing Council of MountCrest, charged Mrs. Horsham to pursue the mission of MountCrest to train and prepare a new generation of graduates in body, mind and spirit, for the transformation of society.

Mrs. Irene Ansa-Asare Horsham is a barrister by profession and a member of Ansa-Asare & Co. (Hencil Chambers), Accra. She attended Wesley Girls’ High School in Cape-Coast. In September, 1998, she gained admission into the University of Leicester in England, where she pursued the Bachelor of Laws (LLB) degree programme following which she earned the LLB (Hons.) degree in 2001.

She also holds an MBA and an LLM in International Commercial Law from Cardiff University, Wales. Mrs. Horsham is currently a doctoral student at the University of Bath, England, pursuing a Doctorate in Business Administration (Higher Education Management).

She was called to the Bar of England and Wales in July 2004 and then to the Ghana Bar in October of the same year. She began her legal career in January 2005 as a pupil barrister at Bentsi-Enchill & Letsa (as it was then known), a top law firm in Accra.

She left for the U.K. to undertake a second pupillage at No. 9 Park Place Chambers, a leading set of Barristers’ Chambers in Cardiff, Wales. Following a successful pupillage at No. 9, Mrs. Horsham joined the set as a tenant barrister, becoming the first African woman to practice as a barrister on the Wales and Chester Circuit of the Bar of England and Wales.

The newly-appointed Rector is also a member of the European Group of Public Law; a network of judges, jurists, academics and practitioners, who are leading figures in the field of Public Law across Europe.

Mrs. Horsham joined MountCrest at its inception as its Director of Legal Services and then served as its Deputy Rector for Institutional Advancement, Corporate and International Affairs until her appointment as Rector on July 1, 2020. She takes over from Professor Charles Kankam, whose term of office ended on June 30, 2020.

MountCrest University College (MountCrest) is a secular institution of higher education founded in August, 2008 by Mr. and Mrs. Kwaku Ansa-Asare.

MountCrest is anchored on the principles of morality, equitable access, academic freedom, and justice. It is a co-educational institution committed to teaching and research in socially relevant programmes and is institutionally affiliated to the Kwame Nkrumah University of Science and Technology (KNUST), Kumasi, Ghana.

MountCrest has one established campus in Kanda, Accra, and two other campuses in progress at Larteh-Akuapem in the Eastern Region of Ghana and Prampram in the Greater Accra Region.

The vision of MountCrest is “to become a world-class teaching and research university, educating for life and addressing the challenges facing contemporary society”.

Its mission is “to train and prepare a new generation of graduates in body, mind and spirit, for the transformation of society”.

This mission is to be achieved through:

MountCrest’s commitment to higher education is grounded in the following three core tenets: