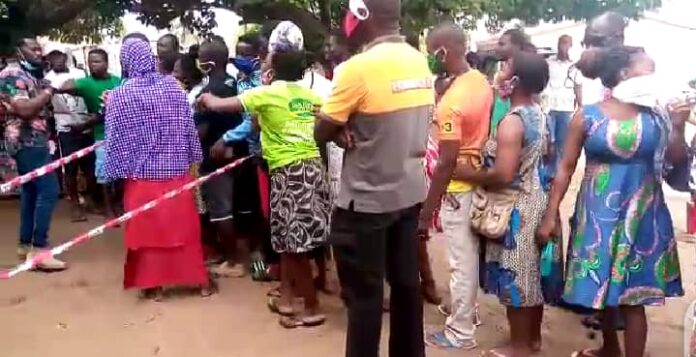 The deployment of military officers at Ketu South has stirred controversy as residents in the Municipality of the Volta region say they are living in fear and panic following the deployment of some heavily armed security personnel into the area.

The opposition NDC has alleged that the government deployed the soldiers as part of an ethnic agenda to prevent the people of Ketu South which is the party’s stronghold from registering in the ongoing voters register.

However, Mr. Nitiwul said the officers have been deployed to different areas in order to avoid the importation of COVID-19 to Ghana.

Mr Baako commenting on the issue on Peace FM stated that his detailed checks reveal that contrary to claims that the resident were terrified due to the presence of the security personnel, they rather turned out in the numbers to register on the first day of the exercise.

“So I ask myself where were the military personnel and their intimidatory tactics? It was so obvious that military personnel were not deployed to any polling station. The people who claim they were afraid and were being assaulted, look at the numbers on the first day and it will increase. So my view of that whole scare-mongering was needless, it didn’t make sense to me. The figures coming out is indicating that people are out there exercising their right, the military personnel were not at any polling station to put fear in the residents as was earlier claimed.”