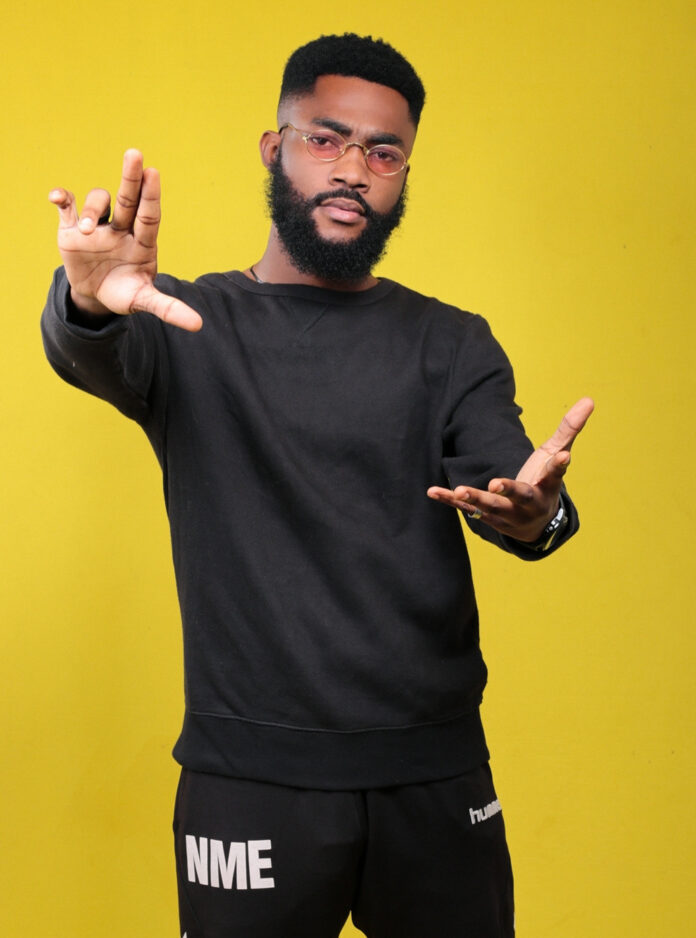 Aaron performs under the catchphrase “twice the ice, nice as ice” and is the host of Rythmz Interactive & Rythmz 100% GH on EIB Network’s GhOne Television which airs on Thursdays & Fridays at 1:30 pm respectively. With an amalgamation of English & Twi on air, he’s able to satiate viewers who want a feel of both.

Born on December 9, it has always been his passion to make his voice heard. He rose from being the entertainment prefect in Senior high school to making his debut appearance on Rythmz in 2017 hosting a segment called “U go Chuuk”.

Before hitting the screens, Aaron mc-eed lots of shows including hall weeks on the University of Ghana campus that made him revered & gain recognition.

With a following of over 28,000 people across the globe on social media platforms, Aaron is gradually booking a seat in the heart of fans, followers and colleagues alike. His reach goes beyond the shores of Ghana as he is the Ghanaian correspondent for the “Afrikan As Future” podcast which airs on all major platforms.

He made his debut appearance in the Ghanaian movie space earlier this year by landing a role as a student MC in the movie “Players Vs Slayers”.

It is Aaron’s quest to encourage the youth to believe in themselves, go harder and pursue their dreams regardless the obstacles that loom their way.

Aaron is a product of Osei Kyeretwie Senior High School(OKESS) in Kumasi and the premier tertiary institution, University of Ghana, Legon with a degree in English & a masters degree in Communication Studies.

Business Compass, Nothing But the Truth, TOAST and Your Mind 4 Dey shows air on GHOne Tv