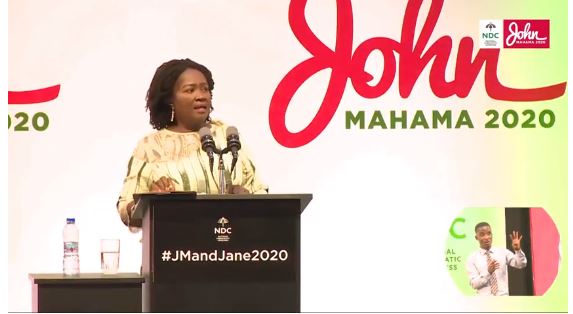 IMANI-Africa President, Franklin Cudjoe has extolled the political speeches of the NDC running mate, as the academic repute formally mounted the campaign platform last night after being outdoored.

“I woke up. I realise that Jane’s speeches are cleverly woven and leave no blind spots to attack her,” Franklin said in a facebook post hours ago.

Presidential nominee of the NDC, John Mahama while outdooring his running mate touted the abilities of Naana Opoku-Agyemang as a competent leader.

Mahama said, the Former Education Minister is more than competent to serve as Vice President of Ghana.

Cudjoe in a remark stated he feels that the battle line has been drawn already ahead of the December,07 general elections.

“I am calling for a real debate with these powerful four. Else, I will be forced to create one by comparing policies right here,” he said.