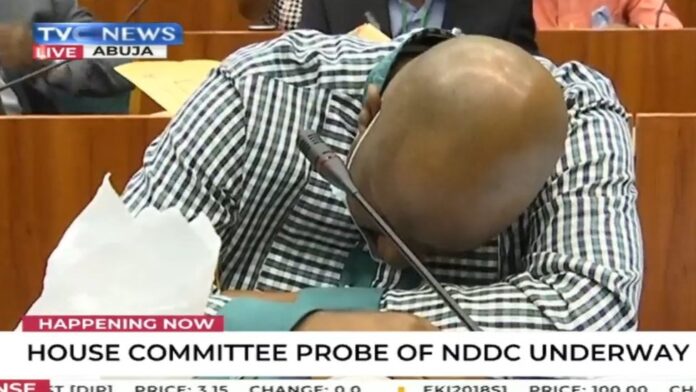 Daniel Pondei, who is the acting managing director of the Niger Delta Development Commission (NDDC), was being questioned by a committee in the House of Representatives when he slumped forward in his chair.

There was a commotion as attempts were made to revive him, with several people fanning him while a man who looked like an aide, stuck his hands into Mr Pondei’s mouth to stop him from choking.

Thereafter, he was helped out of the auditorium leaning on two men.

Mr Pondei had been grilled for about 45 minutes on alleged mismanagement of funds at the NDDC, where details of massive spending have come to light in recent weeks in a hearing that has shocked Nigerians.

He has said that the spending was justified.