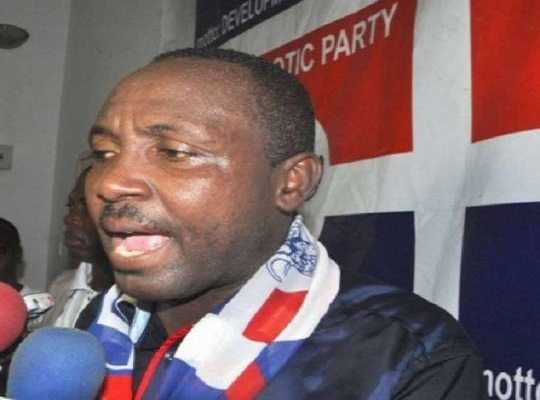 The General Secretary of the New Patriotic Party, John Boadu has called on the party to unite ahead of the 2020 elections and work hard to push forward the principles and ideals of the party.

His call came on the back of the Parliamentary primaries that saw close to 40 parliamentarians losing their bids to represent the party again in parliament.

Mr. Boadu said that the performance of the NPP administration under Former President Kufuor and President Akufo-Addo has put the party in the position to be accepted by Ghanaians as the party of choice which can govern for a longer period of time to help Ghana realise its potentials.

He encouraged members who didn’t win in the primaries to collaborate with the winners to keep the NPP in power.

He made mention of some countries that have kept faith with one party for a longer period of time and the dividends that have been reaped as a result of that decision by its people.

“Japan is a multi-party democracy but one party has governed the country for between 40 and 50 years. South Korea and Germany have done same to allow their party of choice to govern consistently for a longer period of time, now see the positions of these countries in the league of strong economies of this world” John Boadu said.

The General Secretary said that Ghanaians are ready to put the two biggest political parties in Ghana side by side and make a choice of which one should be given the chance to govern for long and he is sure that when that time comes, the choice is going to be the New Patriotic Party.

Mr. John Boadu mentioned some achievements of the Kufuor government and the 3.5 years old Akufo-Addo government to make his point.

He said that President Kufuor took over an economy with a size of 4billion in 2001 and grew it to over 27billion in 8 years, he increased cocoa production from 400 thousand tonnes to 900 thousand tonnes, reduced inflation from 50% to 26% and decreased interest rates from about 47% to 28%.

President Akufo-Addo inherited a badly managed economy from Former President Mahama and still managed to deliver amongst others Free SHS policy to Ghanaians, restored teachers and nurses training allowances, managed the Covid-19 crisis and still have an economy that is delivering massive infrastructure projects to its people.

“The NDC always takes Ghana backward, Ghanaians know this fact, so they would be rejected by the people of Ghana” Mr. Boadu remarked.

He appealed to Ghanaians to go out and register in the ongoing voter registration so that they can vote massively for the NPP in the 2020 election to retain hardworking President Akufo-Addo and his administration.