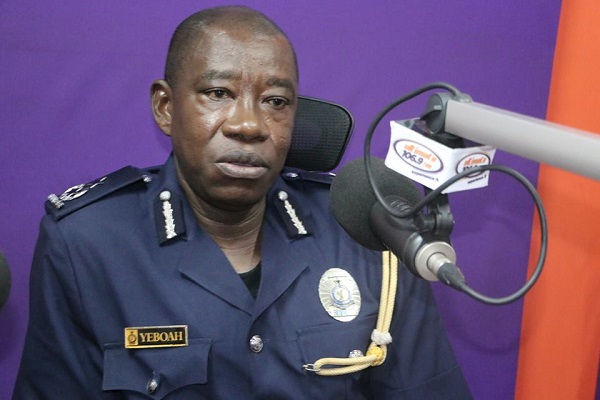 Head of the Criminal Investigations Department (CID) COP Ken Yeboah has said the Interpol red alert issued for Samuel Adam Fosters and co in the Airbus bribery scandal was triggered by the Special Prosecutor.

He claimed his office was just used as a channel to reach Interpol for an action on the red alert, against the backdrop that Interpol is under the auspices of the CID.

“The office of the special prosecutor requested us to inform Interpol that they have begun some investigations and he needed these four people to prosecute. So, we forwarded it to Interpol headquarters and they replied us that they had gone through it and issued a red alert for the four. And so when it came we also forwarded it to the office of the special prosecutor because we are not the lead investigators,” he told host Bonohene Baffuor Awuah on Anopa Kasapa on Kasapa 102.5 Fm.

His comment comes after an Interpol document dated July 10, 2020, announced an arrest warrant for Mr Mahama in connection with his role in the Airbus bribery scandal.

If his intended arrest and prosecution goes through, Mr. Mahama could be facing a jail term of about 25 years.

On January 31, Ghana was cited as one of five countries in which global aerospace group, Airbus SE, allegedly bribed or promised payments to senior officials in exchange for business favours between 2009 and 2015, according to the UK’s Serious Fraud Office.

In the case of Ghana, the UK court found that the company’s bribe was to land the contract to purchase a military transport aircraft.

“Between 1 July 2011 and 1 June 2015 Airbus SE failed to prevent persons associated with Airbus SE from bribing others concerned with the purchase of military transport aircraft by the Government of Ghana, where the said bribery was intended to obtain or retain business or advantage in the conduct of business for Airbus SE,” the court’s statement of offence noted.

The documents indicated that one of the unnamed Ghanaian officials was “a key decision-maker in respect of Government of Ghana aircraft orders.”

A number of Airbus employees “made or promised success-based commission payments of approximately €5 million” to one of the Ghanaians implicated in the acts of corruption.