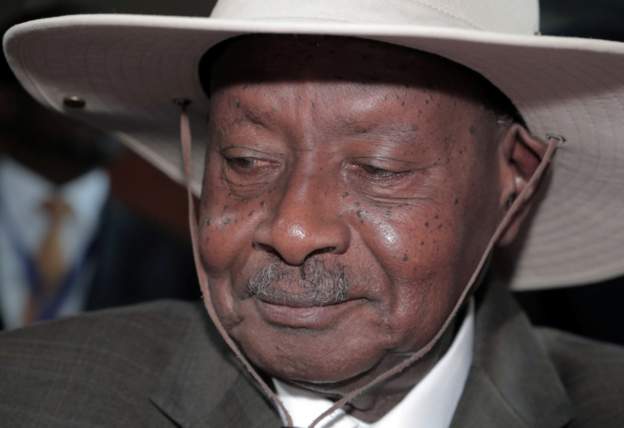 Uganda’s President Yoweri Museveni has been officially nominated by his party, National Resistance Movement (NRM), as its candidate for the 2021 presidential elections.

His candidature will need to be cleared by the country’s electoral commission in November.

If he contests and wins, Mr Museveni – who has ruled the country for 34 years – will be in power for another five.

Although other parties have not officially announced representatives for the January elections, Mr Museveni’s toughest challenger is likely to be musician and politician Robert Kyagulanyi, popularly known as Bobi Wine, who appears to appeal to younger voters.

In 2017, the ruling party used its muscle in parliament to vote overwhelmingly for removal of presidential terms limits.

Critics said Mr Museveni had been handed a chance at life presidency.

Last month the electoral body announced that the elections will be held in January 2021, but with no campaign rallies because of the coronavirus pandemic.

Campaigns will be carried out online and through radio and TV, it said.

Radio is the most accessible form of media in Uganda.

The ruling party already appears to have an advantage over the opposition in the campaigns since most stations are owned NRM-leaning people.