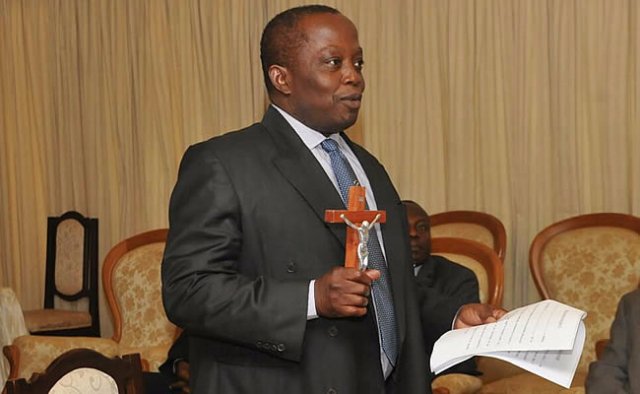 Auditor-General, Daniel Yao Domelovo, has been slapped with more days in his controversial accumulated leave from an initial 123 to 167 days.

In an open letter signed by the Executive Secretary to the President, Asante Bediatuo, the presidency, stated Domelovo lacked understanding of the law, and hence cannot mislead the public with his shallow perspective into legal matters.

Domelevo was ordered by President Akufo-Addo to proceed on leave on Monday June 29, however, in response the auditor general said the decision was taken in bad faith, although he has begun his leave out of respect to the president.

Mr. Domelevo added that circumstances surrounding directive to him by President Akufo-Addo smacks of an exercise in bad faith.

According to him, the action by the President has implications on the constitutional independence on the office of the Auditor-General. He added that some actions and utterances by ministers of the President indicate that his work is embarrassing the government.

But the presidency in a long response said Mr Domelovo claims has no basis and are unfounded. 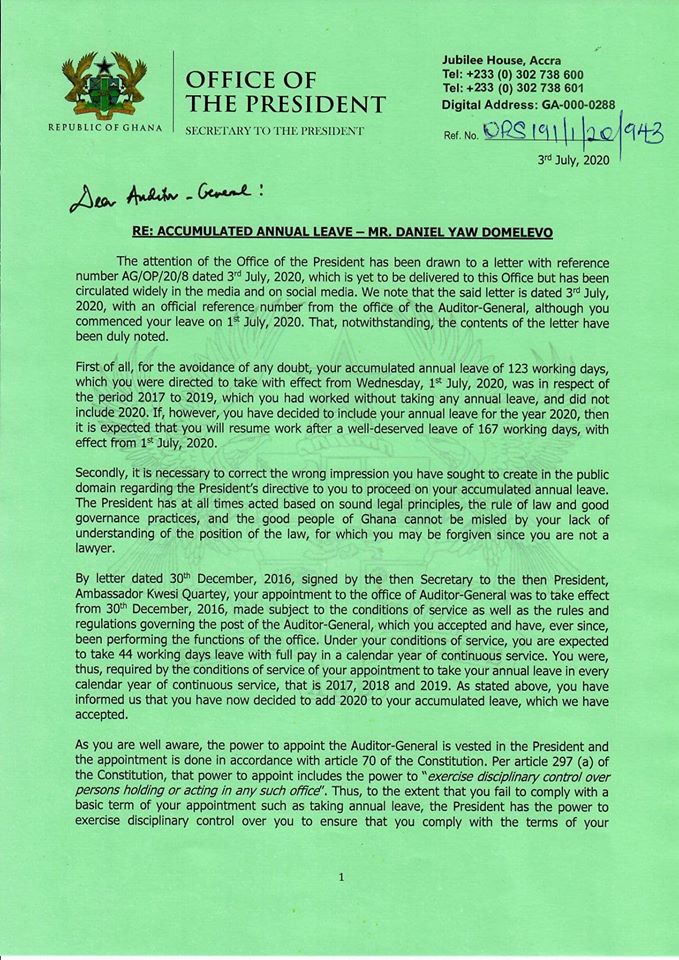 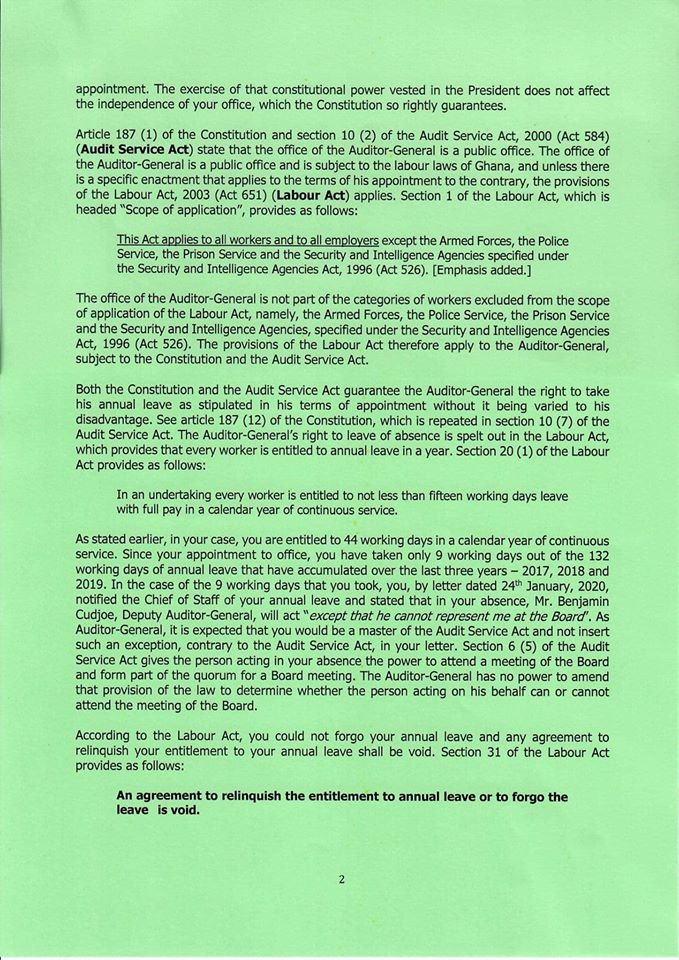 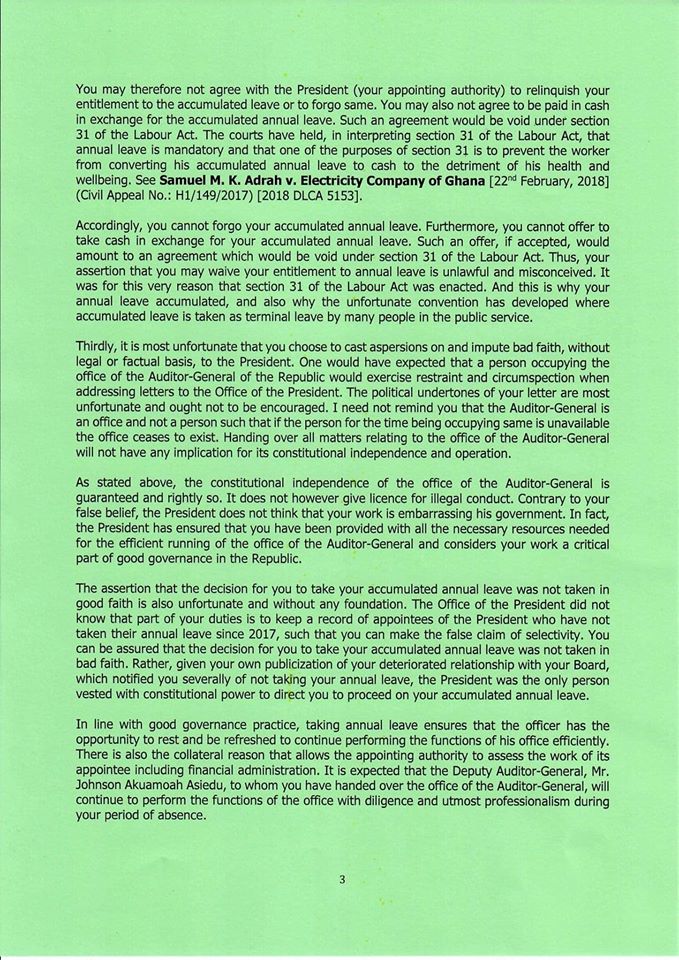 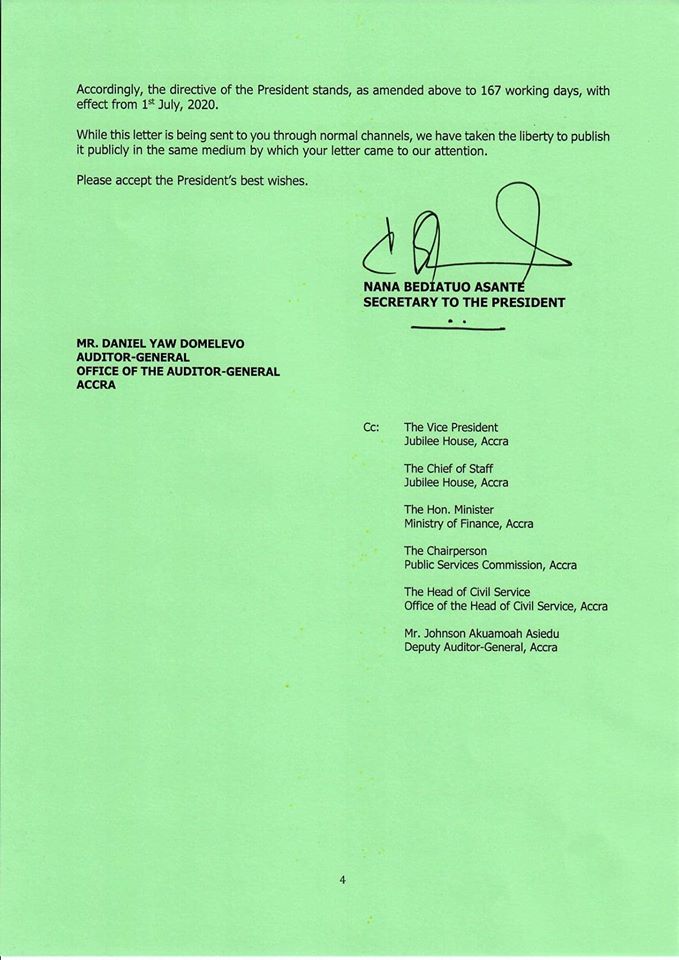 Your service will end in 2024 – Okyenhene tells Akufo Addo

Domelovo was deliberately set up to be pushed out – Vitus Azeem