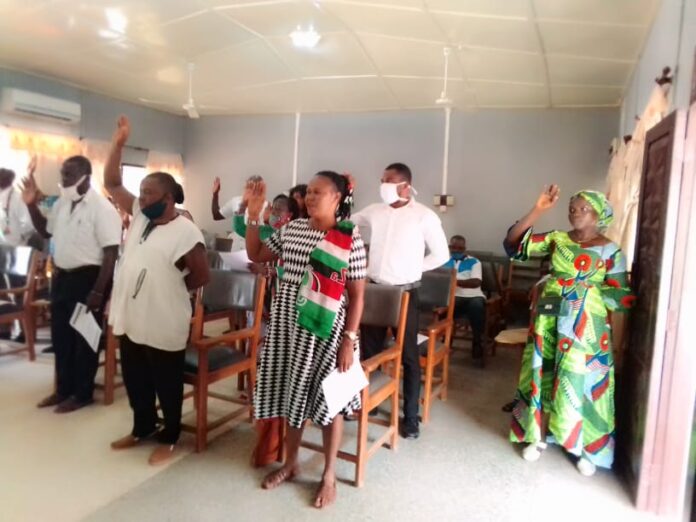 The Volta regional secretary of the opposition National Democratic Congress, James Gunu has indicated that his party would have no problem holding onto all the 18 parliamentary seats in the region during the December, 2020 polls.

According to Mr. Gunu, the NDC remains attractive and solid in its stronghold [Volta] and would secure another 100 per cent representation in parliament without any serious competition from the NPP including the much talked about Hohoe constituency.

The former Akatsi North DCE made the claim on Tuesday, 25th August, during the inauguration of the Hohoe constituency campaign team.

He added that, the dream of the NPP to have a ‘skirt and blouse’ situation in the Hohoe constituency would only remain a wishful thought.

Mr. Gunu further stated that it is the NDC’s resolve to localize its campaign in order to touch base with the nook and cranny of the country.

He urged the 29-member committee which is being headed by Victor-Herman Condobrey, to work in tandem with the party’s goals towards the 2020 polls and to ensure victory for the party’s Hohoe parliamentary candidate Professor Margaret Kweku.