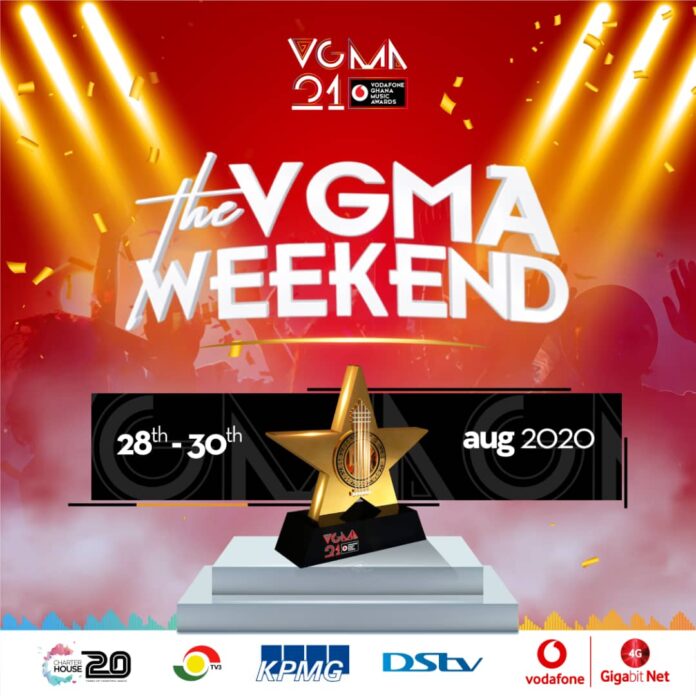 After the unusual break-in-calendar of the 21st Vodafone Ghana Music Awards, Charterhouse is thrilled to announce a comeback.

Organizers and partners have settled on Friday 28th and Saturday 29th August as the Vodafone Ghana Music Awards Festival Weekend.

Given the peculiarity of this year as a result of COVID-19, some notable events within the festival will not be held. Key amongst them are the Nominees Jam and the Celebrations Jam.

The revised calendar thus begins with the big conversation on who wins what, on the VGMA21 Countdown Series, showing 6 pm every Sunday on TV3 and online on Facebook – Charterhouse Ghana.

The 7th edition of the VGMA Unsung follows with a pre-produced concert which will be shown on TV for public voting and participation.

These are young, talented, and ambitious musicians who are ready to go all out to win a performance slot on music’s biggest night.

The festival will be climaxed with a two-day awards weekend on 28th and 29th August, for Industry Awards and Public Awards respectively.

There will be NO PUBLIC ATTENDANCE and the event will be produced solely for broadcast on TV and Digital platforms.

It will feature some of the best performances from chart-topping artistes and will be broadcast on TV3, DStv and streamed on social media pages of Ghana Music Awards (Facebook) and Charterhouse Live (YouTube).

Voting remains open for all categories. Fans have the power to determine who wins what in respective categories by voting via SMS to Short Code 1767 on Vodafone only, and free at
www.GhanaMusicAwards.com. As always, terms and conditions apply.

The 21st Vodafone Ghana Music Awards is proudly brought to you by Vodafone, in association with TV3, KPMG, DStv, and powered by Charterhouse.