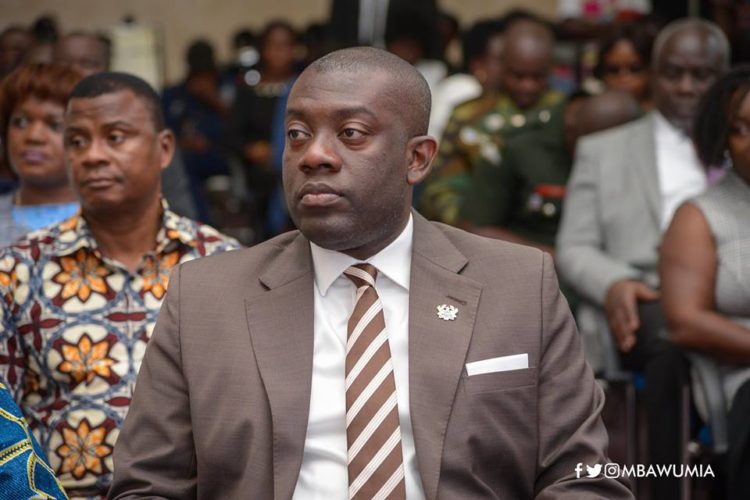 The President of IMANI-Africa, Franklin Cudjoe has advised Information Minister, Kojo Oppong Nkrumah to tread cautiously in his tough stance against the views of Civil Society Organisations(CSOs), especially on matters of national interest.

He claimed the Minister’s flagrant disregard for the views of CSOs in some crucial matters such as the AGYAPA and DOMELEVO issues smacks of disrespect.

“Oppong-Nkrumah effectively says when the government of Ghana secures a majoritarian partisan approval for any type of deal, the views of CSOs before or after do not matter. Sorry, my bro, we CSOs respectfully disagree,” he stated in a Facebook post a while ago.

He added: “Remember we were once your hallowed friends. And like the graves in a cemetery stare us the living, you may be saying to CSOs that ‘we were once like you’. We pray it is not sooner.”

The Information Minister says he backs the calls by the CSOs demanding information on the deal but disagrees with them calling for its suspension.

“There is nothing wrong with our friends in civil society saying that they don’t have some information and they will like to have that information. There is absolutely nothing wrong with that. If that is the request, I believe that we are in the position to provide whatever information that they may request. I do not think however that it is proper for our colleagues in civil society to say that until they see some documents, they are calling for a suspension or they will do something else, I don’t think that is how we are running this democracy.”

He also stated that the government has no intention to hide any information from the public.

The Alliance of CSOs on Extractives, Anti-corruption and Good Governance are demanding the suspension of the Agyapa Minerals Royalties Investment deal as it describes the agreement as state capture.

Addressing the media, former Chairman for Public Interest Accountability Committee,(PIAC) Dr. Steve Manteaw charged the government to engage stakeholders to explore other options of raising funds for the government.

In an interview with Starr News, Dr. Manteaw stated the CSOs will rally behind NDC flagbearer John Dramani Mahama to ensure cancellation of the Agyapa deal as he promised no matter the cost to the nation.

“What we are telling government is let’s slow down…let’s have more transparency, more consensus building around the approach before we go forward with the approach. I don’t know of any national emergency that warrants that we should rush the process to raise funds for development.”

“Under the current arrangement, with the Mineral Income Investment act, we do not see any such transparency, accountability and public oversight arrangement, so it makes it very risky and prone to elite capture and abuse.”

Parliament recently gave approval for the creation of a Special Purpose Vehicle (SPV) in fulfillment of the Minerals Income Investment Fund Amendment which is yet to be assented by the President.