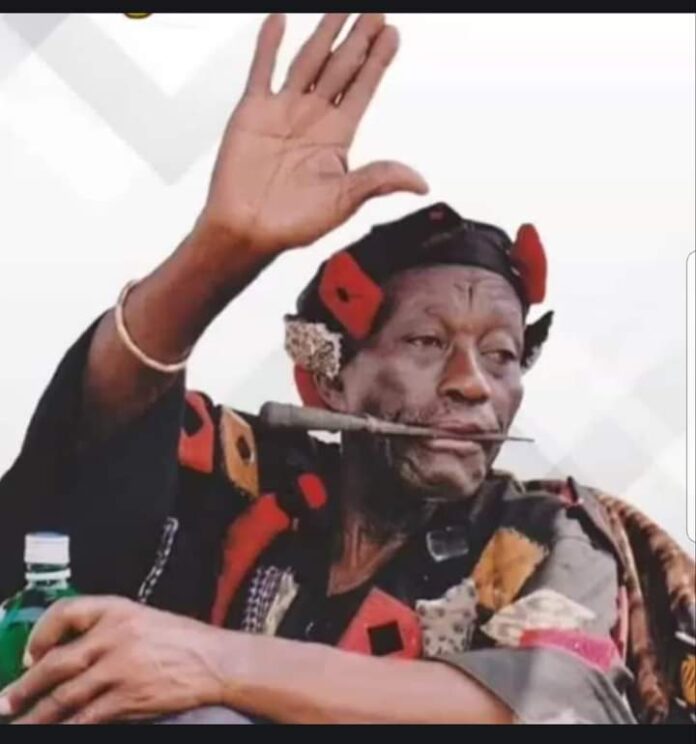 There is tension growing at Akropong-Akuapem following an interlocutory injunction placed on the burial of Adumhene of the traditional area.

The burial and funeral rites of the late Nana Addo Panyin the Adumhene ( Chief Executioner ) of the Akuapem traditional area who died on January 3,2020 was scheduled by the family to take place on Thursday, August 13 and buried in the night of Saturday, August 15,2020 .

However, the plaintiff -Banmuhene of Akuapem Traditional area Nana Kwame Afari who is the acting Adumhene claim the family members of the deceased have sidelined him from traditional funeral rites leading to the burial contrary to customs.

He also contends that the Adum Royal family failed to inform the Okuapemhene about the burial process hence his decision to stop the burial and funeral rites by placing injunction on the traditional ceremony.

Also Joined to the suite is the Administrator of Medicas Hospital Mortuary- where the corpse is being preserved restraining the facility from releasing the body to the family.

The plaintiff contends that traditionally he is the father of the deceased and he is the one to bury the deceased but the family was preparing to secretly remove the body from the morgue for burial rite without his knowledge. That Obituary notices have been posted all over.