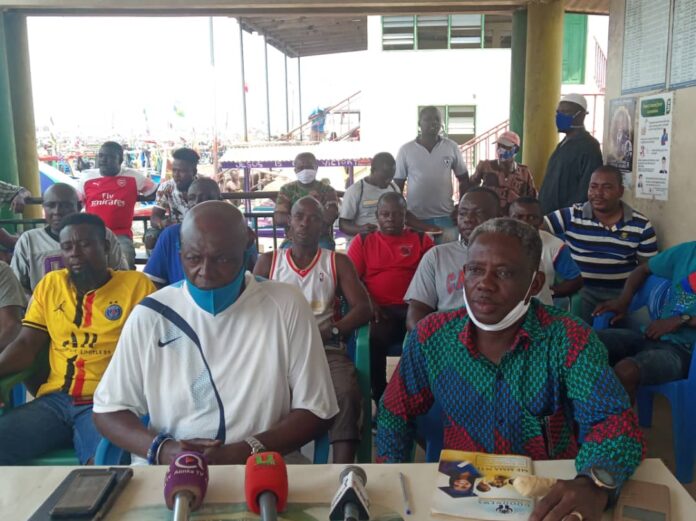 Canoe owners in Elmina in the Komenda Edina Eguafo Abrem District of the Central Region have thrown their support behind Nana Akuffo Addo and the NPP government pledging to ensure the President is re-elected come December 7 election.

According to him, the Minister of Fisheries and Aquaculture Hon. Elizabeth Aforley Quaye shared them based on those having canoes which is a departure from what the opposition NDC did while in power.

“For the records the 300 outboard motors were fairly shared. John Manoma Quayson himself got some. We the Canoes owners in Elmina are warning John Manoma Quayson stop his dirty politics intended to tarnish the image of the Akufo-Addo government which is helping us the Fishermen. It is also false that the outboard motors were sold at a high price, they were sold at the right price. We have been getting enough premix fuel since the NPP government came to power.”

Speaking to Kasapa FM News Yaw Boagyan, on sidelines of the press Conference, some of the Fishermen urged the public to disregard John Manoma Quayson’s baseless claims on the distribution of outboard motors as he’s just throwing dust into peoples eyes.

“John Manoma Quayson personally is not a Fisherman so where from all these false allegations about we the Fishermen in the Central Region here,” they asked?