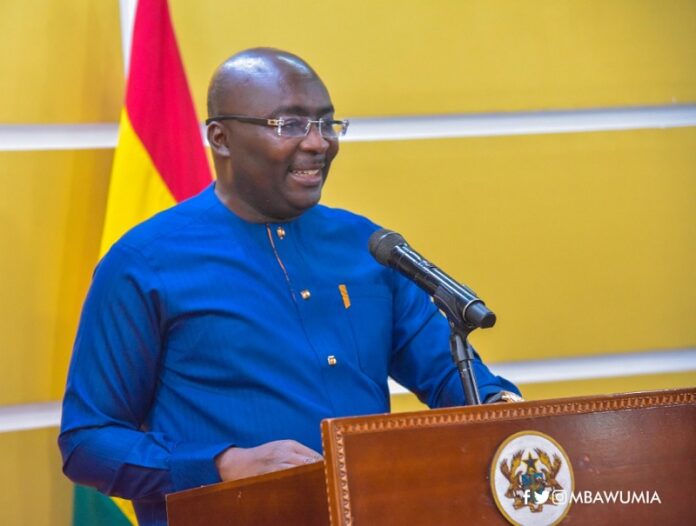 The Progressive People’s Party(NPP) has accused Vice President, Dr. Mahamudu Bawumia of “stealing” a urinal project built in the Tsitso market that was executed and completed by Dr. Paa Kwasi Nduom and the Parliamentary Candidate for Ho West, Mr. Joshua Akuttey during the 2016 elections.

In a statement by the Ho West PPP Constituency Chairman, said they’re taken aback by Bawumia’s decision to appropriate a project built by the PPP in the Ho West Constituency.

“It is mind boggling that a project which was built by members of the PPP in the Ho West Constituency, has suddenly found its way into list of projects the NPP is counting, trumpeting and celebrating as executed by the Ho West District Assembly.

“We are wondering if funds for the construction of a new urinal was approved and the DCE misappropriated it; hence, the air of overbearing self-confidence in stealing a well known PPP project.

“We remain wide awake to bring you more of such exposures as our research directorate intensifies it fact checking activity. Let us all work hard to remove this dubious public relation run by this NPP government.

In a similar fashion, Dr. Bawumia has been condemned by the main opposition NDC for what it describes as a scam in relation to the government’s so-called online portal-deliverytracker.gov.gh that captures completed infrastructure projects by the NPP government.

The event, dubbed “Bawumia Speaks”, was held at the Ghana Academy of Arts and Science in the capital, Accra.

According to Dr. Mahamudu Bawumia, the ruling NPP government has very remarkable records in infrastructure indicating that since 2017 a total of 17, 334 infrastructure projects have been initiated in the country.

This he noted, was captured in the database, on the platform -www.deliverytracker.gov.gh, where Ghanaians can log on to assess the government’s performance on all initiatives that it has undertaken, particularly those it committed to in its manifesto.