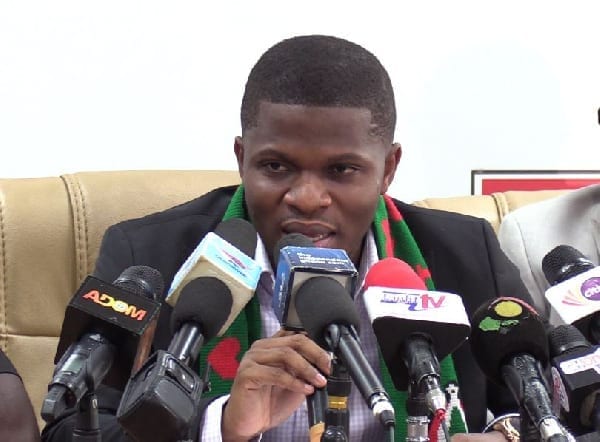 The main opposition National Democratic Congress(NDC) has alleged that the ruling NPP has deceived Ghanaians by touting some infrastructure projects that do not exist.

The National Communication Officer, Sammy Gyamfi at a Presser in Accra insisted the government’s so-called infrastructure database contains a huge number of “Ghost and stolen” projects.

The event, dubbed “Bawumia Speaks”, was held at the Ghana Academy of Arts and Science in the capital, Accra.

According to Dr. Mahamudu Bawumia, the ruling NPP government has very remarkable records in infrastructure indicating that since 2017 a total of 17, 334 infrastructure projects have been initiated in the country.

This he noted, was captured in the database, on the platform -www.deliverytracker.gov.gh, where Ghanaians can log on to assess the government’s performance on all initiatives that it has undertaken, particularly those it committed to in its manifesto.

But Sammy Gyamfi has berated the Vice President insisting he’s appropriated projects all over including those belonging then and even some NGOs.

He demanded that Dr. Bawumia apologizes to Ghanaians for the palpable falsehood captured in government’s so-called completed projects, which he presented in a Townhall meeting last week.

“the much-touted delivery tracker launched by Dr. Bawumia in Accra last week Tuesday is a scam which cannot be relied upon for any credible information by either you in the media or by the general public,” he added.