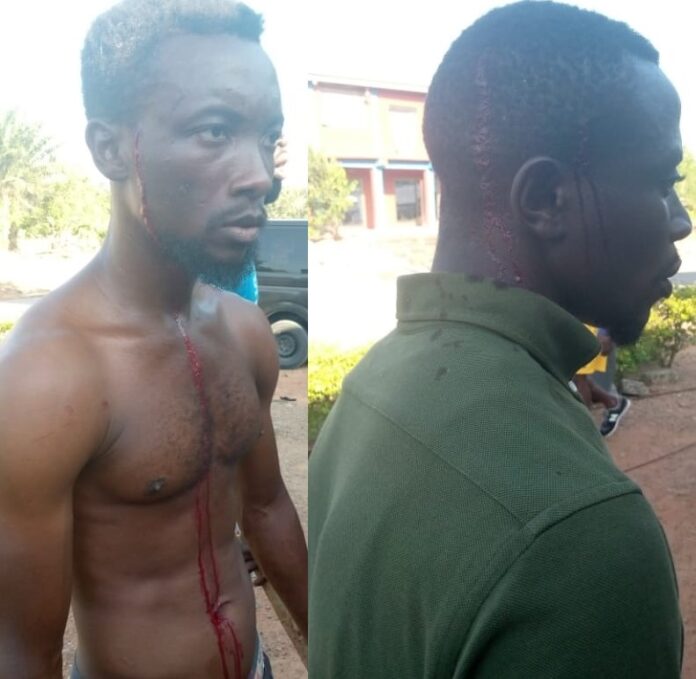 Information gathered by Kasapa FM News Yaw Boagyan revealed that the Parliamentary Candidate picked up information that foreigners were being registered after they were supposedly bused by the opposition NDC party to some registration centers.

Armed with this information, the alleged bodyguards stormed the registration centre, ransacked the materials, pulled down canopies, and vandalized some cars packed around. 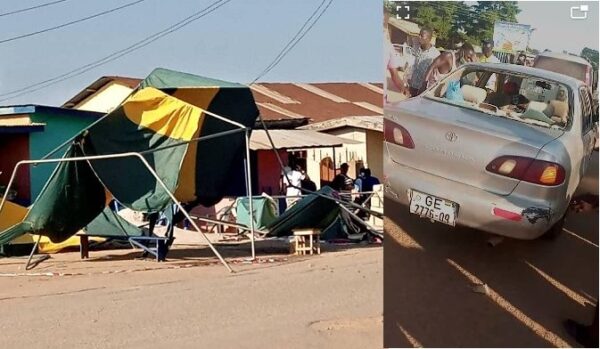 In the event, the Electoral Commission officials fled for their lives resulting in the suspension of the registration exercise for one hour until a Military and police team restored order to the center.

The five injured persons are receiving treatment at the Ajumako Government Hospital.

No arrest has been made as of the time of filing this report.