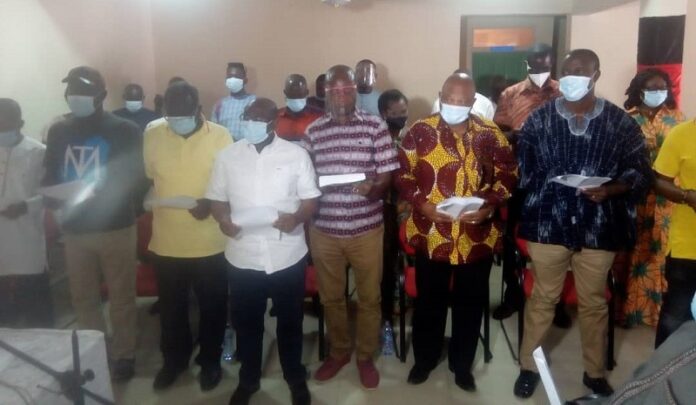 Speaking during the event, the Former Deputy Communication Minister Hon. Dr. Ato Sarpong said it is time for the NDC in the Central Region to rise again to win the majority of the Parliamentary seat in the Region as it used to be.

He advised the member to do massive work in order for their Presidential Candidate John Dramani Mahama to become a president in order to take Ghanaians out of the hardship, and Economic constraints they’re facing under the supervision of President Akufo.

“All eyes are on the Central Region this year’s elections and we will prove to Ghanaians that Central Region belongs to the NDC and not any political party. So we are going to take over the Majority of the Parliamentary Seat coming December.”

The Former Deputy Minister also advised the team to start campaigning immediately to sell the good work of John Dramani Mahama and all the Parliamentary Candidates in the Central Region.

“This year’s campaign will be based on evidence, so make sure you will sell the good work of John Dramani Mahama what he has done in the previous year.

“Central Region is the eye and heart of the NDC and we are all going to involve ourselves throughout the campaign till they will announce the victory of John Dramani Mahama and most of the Parliamentary Candidates in the Central Region.

On the other hand, the NDC Deputy Communications Officer Kweku Boahen also added that this year’s campaign will be House to House, Community Engagement, Door to door based.

“Make sure you will sell the good work of the NDC where ever two or more people have a gathering. We will go to Markets, Funerals, and everywhere with megaphones to speak to people to listen to the good work of John Dramani Mahama.”

An address read by Chief Binney on half of the Flagbearer for the NDC John Dramani Mahama said all Members should do massive work to win most of the seat in the Central Region and also for the Presidential Candidate John Dramani Mahama to win the elections come December.

“We are having a lot to deliver when the NDC comes to power coming December so I am urging all Ghanaians to back the NDC with prayers.

“We will make sure Ghanaians have benefited massively from my next government through Job Creations, Roads Constriction, Free Health Care for Ghanaians, the building of School and making education easier for Ghanaians to enjoy, there will be massive development after December. The NPP led Akuffo Addo government has done terribly bad in the history of Ghana so let us all help bring NDC to power.” 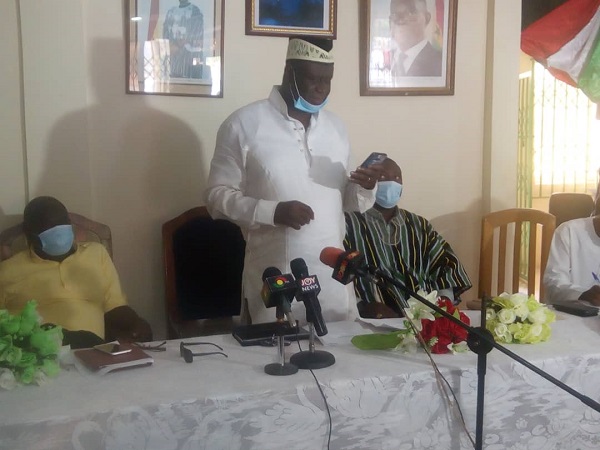 Speaking to the gathering, the NDC Chairman for Central Region Lawyer E.K.T. Addo also promised to work hard with his Team Members to get more Parliamentary Seat in the Central Region.