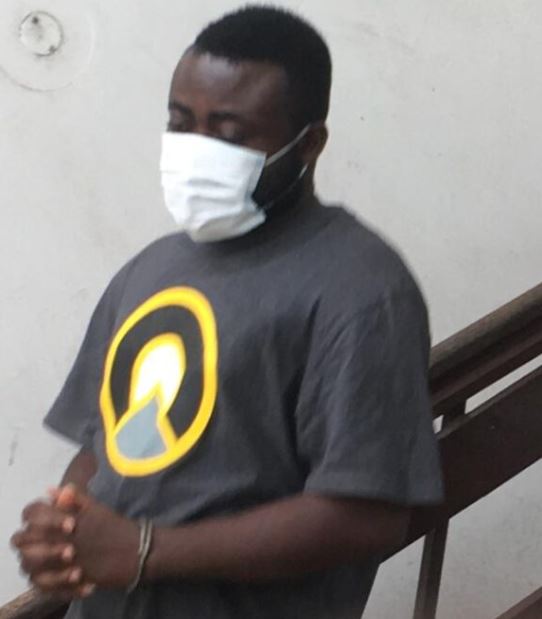 The Circuit Court in Accra has granted bail in the sum of GHc300, 000 to Anderson Ofosuhene Anim, the administrator of Empress Leak, the man at the centre of electronic child pornography in the county.

The administrator of the notorious website, empress leak, a website known for the publication of child pornographic and adult sexual content and was granted bail. His plea was not taken.

In addition to his bail sum, he is to produce two sureties with property documents in his name to the court.

He is on charges of Publication of obscene material and general provision for cyber offense under section 280 of the criminal code 1950 and 123 of act 772, extortion under section 151 of act 29 1960 and Money laundering section 1(a) of the anti money laundering,Act, (Act 749).

Inspector Princess Tetteh Boafo, the prosecutor in the case told the court presided over by Her Honour Susana Aduful that, the case docket has been sent to the Attorney General’s Department waiting for its advice.

Empress Leak is a website known for the publication of child pornographic and adult sexual content. The website records about 600,000 monthly users who are located in Ghana, Nigeria and the United Kingdom.

The Minister of Communications, Mrs. Ursula Owusu-Ekuful revealed this during a joint press briefing held on Monday August 10, 2020 in Accra, to announce the arrest of the operator.

Addressing the media last week, she noted that, an investigation to clamp down on activities of empress leak was launched after a female Senior High School student, filed a report on January 6th, 2020, with the Computer Emergency Response Team (CERT-GH) of the NCSC. The report by the victim who is below 18 years, was to alert the CERT-GH team of an uploaded sexually explicit video of her to the website.

She said “As part of Government’s efforts towards the protection of Ghana’s cyberspace, the National Cyber Security Centre in 2019 launched a Cybercrime/Cybersecurity Incident Reporting Point of Contact (PoC), to provide an effective mechanism for citizens to report suspected and identified cybercrime and cybersecurity incidents.” The channels are:

The Minister stated that since the operationalization of the PoC, the NCSC has received countless cybercrime/cybersecurity incidents reports from the public. Key among these reports are the publication of non-consensual intimate images (sextortion), online impersonation, online fraud, malware attacks, online blackmail, website defacement, among others.