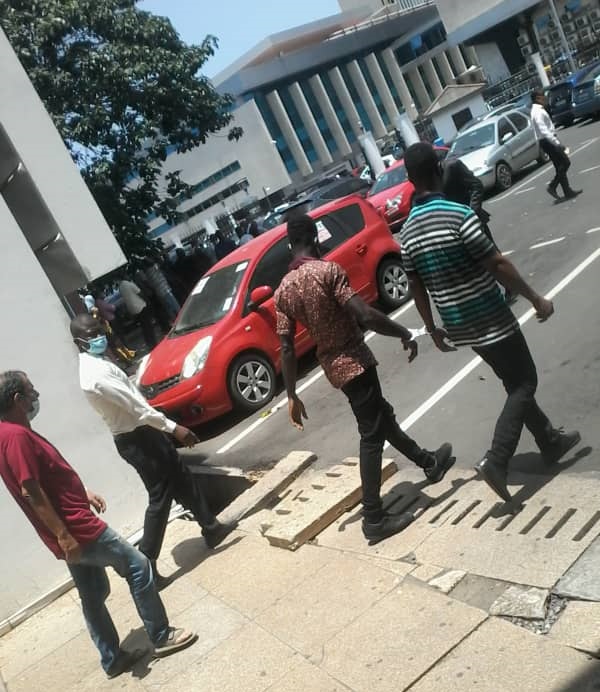 The Circuit Court in Accra has granted bail in the sum of eight million cedis (GHC8M) to three accused persons who have been arraigned for stealing 15kilogram (kg) of gold valued over GHC2million.

The three accused persons namely Koenic Ampedu, Meiri Giora and Jonathan Quarshie Sethranah all pleaded not guilty to the offense and were granted bail.

Koenic, 32, unemployed and first accused (A1) was granted bail in the sum of GHc2 million with one surety. The surety the court said should be a public servant earning not less than GHc1,500. He is on the charge of stealing.

While Giola (A2), 71, a gold exporter, and Sethranah (A3), 34, a driver who are facing a charge of dishonestly receiving have their bail sum set at GHc3 million each with a common surety earning not less than GHc1,500.

The court admitted them to bail after their lawyer Raphael Kofi Banin moved a bail application for them. He told the court that his clients are not flighted risk and have persons to stand sureties for them.

The investigator in the case also informed the court that, the exhibits (gold minerals) have been retrieved from the accused persons.

The court subsequently adjourned to September 1, 2020

Inspector Eric Pobee, the prosecutor in the case told the court that, the complainant is a businessman and lives at Tarkwa Nseuam.

He said A1 is unemployed and an errand boy for the complainant and also lives at Tarkwa Nsueam.

The prosecutor further told the court that A2 is an Israeli born, based in Belgium and gold exporter but currently resides in Ghana, at Bush Street at Labadi while A3 is a driver to A2 and resident at Labadi.

The prosecutor said in the month of July 2020, a witness in this case who is a business partner to the complainant, gave the complainant 10kg of gold to be brought from Tarkwa Nsueam to Accra for sale.

According to Inspector Pobee, the complainant added 5kg of gold and so brought a total of 15kg to Accra in the company of A1 and lodged at Adesa Royal Hotel with the gold on July 10, 2020.

The prosecutor said on July 11, 2020, the complainant woke up from bed and could not find the 15kg of gold in his bag and his errand boy being A1 could not also be found.

“The complainant,” the prosecutor sad “became alarmed and informed his friends who are National Security personnel to assist him arrest A1.”

He told the court that, on August 14, 2020, the owner of the 10kg of gold arrived in Accra and contacted the complainant for his gold, but was told the gold has been stolen.

“They then reported that matter to the police for investigation. Intelligence indicated that, on August 17, 2020, A1 and one Nana Kwame (at large), took 10kg of gold to AA Minerals and sold same to A2 and his driver A3,” Inspector Pobee told the court.

During the arrest, suspect Nana Kwame managed to escape. A1 on interrogation admitted having stolen the gold from the complainant and asked for the assistance of Nana Kwame and one other to sell it.

“A3 denied knowledge of the offense but stated he has seen A1 on two occasions at AA Minerals in the month of July 2020, but had nothing to do with him.”

The prosecutor said, “The accused persons were charged with the offenses and brought before the honourable court while effort is being made to arrest Nana Kwame for investigation.”