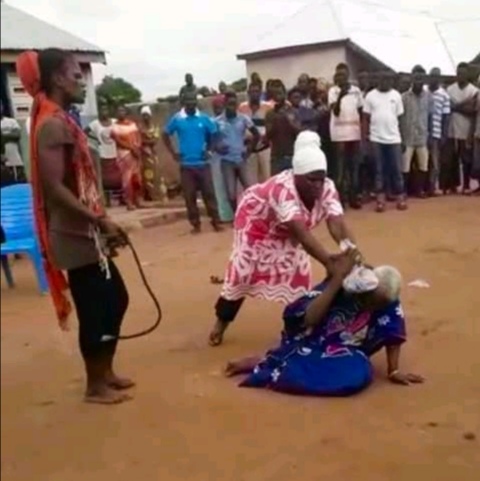 The family of Akua Denteh, the 90-year-old woman who was lynched has announced that her final funeral rite will come off on Wednesday 5th August 2020.

Speaking on Agoo FM Morning Show with Omansomfo Kwabena Asante, daughter of the deceased, Zinabu Mahama expressed worry over the act and revealed that the persons behind the incident invited her mother on several occasions after accusing her of being a witch.

“They came to my mother’s house for the third time saying she was a witch but she denied. They forcibly grabbed her for the third time. I was afraid so I had to run for my life. I was with her and looking at their number there was nothing I could do so they carried her to the spiritualist,” She said.

She, therefore, called for justice to prevail to serve as a deterrent to others.

Zinabu also denied news reportage that her grandchild was part of the incident.

She described her mom as a caring mother who has kept all her six children alive without any harm.

Madama Akua Denteh was flogged publicly by a female soothsayer with support from others who accused her of being a witch, an incident that was met with national outrage.

Meanwhile, one of the key suspects in the incident is expected to be arraigned before a court today.