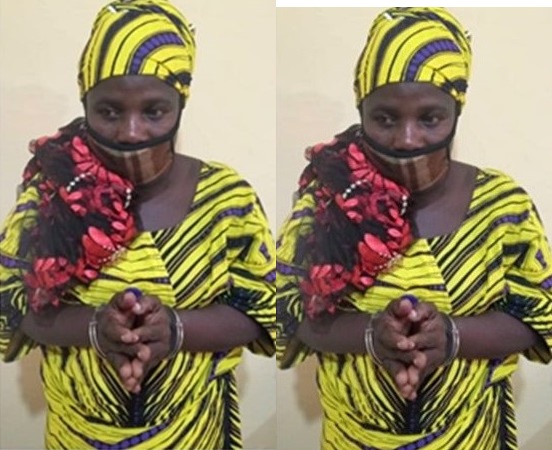 Hajia Sirina, 40, the Sorcerer who accused a 90-year-old woman of being and witch and masterminded her lynching at Kafaba in the Savannah Region has been remanded in police custody by a Court in Bole on Wednesday.

In Court, today, the Prime suspect admitted to being the one in the viral video with a whip flogging the poor old woman.

The soothsayer popularly known as ‘Alhajia’ was arrested by the police at her hideout at Yeji in the Bono East Region on Tuesday and has been in custody since then.

The poor old lady was flogged and hit publicly to her death after she was accused of being a witch.

Another suspect, Latifa Bumaye who was also captured in a viral video flogging the late old woman has also been remanded in police custody.