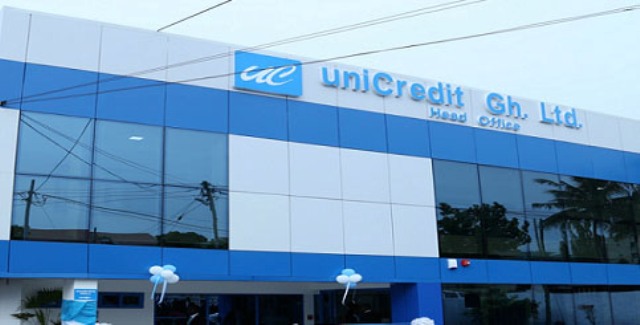 The Human Rights Division of the Accra High Court has adjourned the hearing of the motion for judicial review filed by HODA Holding against Bank of Ghana following the revocation of the operating license f uniCredit Ghana Limited to October 8.

In court on Wednesday when all the parties had agreed to commence hearing, lawyers of BoG led by Frank Davies were absent without any notice to the court.

Justice Gifty Agyei Addo said though all the parties agreed to be in court, she gets the impression that counsel for BoG was unwell.

She, however, directed lawyers of HODA to serve them with a hearing notice.

On July 21, 2020, a three-member panel of the Court of Appeal dismissed an application for stay of proceedings by the BoG in an action instituted by HODA Holdings following the revocation of the license of UniCredit Savings and Loans.

The panel chaired by Justice Margeret Welbourne with support from Justice Eric Kyei-Baffour and Justice N C A Agbevor said the BoG failed to demonstrate any special circumstances to convince the Court to exercise its discretion in their favour.

The court after dismissing the application also awarded a cost of GHc2000 against BoG in favour of HODA Holdings.

The court said they have read all the processes filed by the parties and also listened to the oral application by the respective counsel, and dismissed the application considering all the relevant laws relating to such applications.

The ruling, however, gave the High Court the green light to hear HODA application.

What happened at the High Court?

On May 20, 2020, the Human Rights Division of the Accra High Court presided over by Justice Gifty Agyei Addo dismissed an application by the BoG seeking to halt proceedings in a case initiated against it by HODA Holdings.

The Central Bank was challenging the decision of another High Court that dismissed their claim earlier that the High Court lacked jurisdiction to hear the action instituted by HODA Holdings, challenging the revocation of the license of one of its subsidiary companies, Unicredit Savings and loans.

In the ruling of the High Court, it said the application is dismissed because the applicant (BoG) has not demonstrated the irreparable damage it will suffer should the respondent (applicant) HODA Holdings succeed.

The dismissal of this application has now paved the way for the hearing of the substantive case filed by HODA Holdings to commence at the High Court on July 23, 2020.