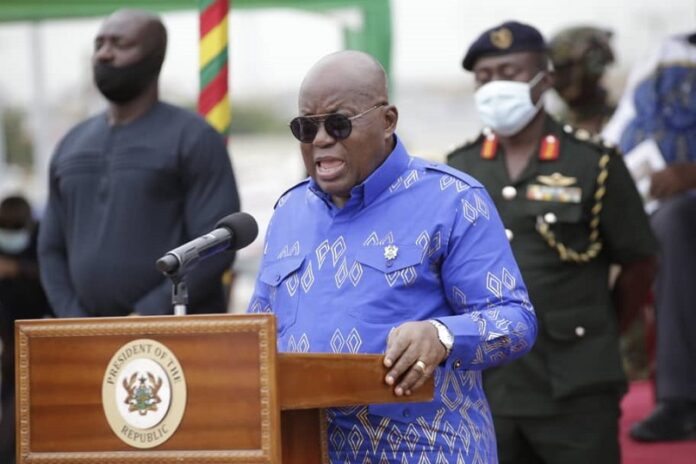 According to the President, the situation on the ground was a sharp contrast to what was portrayed to Ghanaians.

“We were made to understand before I came in, that, the roads have been done. We have seen unprecedented infrastructure Development. And it turned out it wasn’t true. Across the country, the roads were in a very poor state. That is the situation I inherited”.

He added “I inherited both the propaganda and the reality. The reality is what I try to deal with. Because roads cost money you’ve got to put the money together and you’ve got to go through the process of selecting the correct people to do the roads”

President Akufo Addo stated however that, despite the huge infrastructural deficit inherited, strides have been made to get many roads fixed across the country with further commitment reinforced by the declaration of 2020 as a year of roads.

“We’ve gone very far. I think that anybody who is sincere can look across the country. Firstly, I think there are two things about these roads. All of us came together then we unleashed a massive program of road rehabilitation across the country. People can see that indeed the roads are being tackled”.

He admitted that the road sectors is ” an area that you are not going to have total satisfaction overnight. Roads are expensive and before we can say we have road networks that are really fit for modern Ghana, there is still some work to be done but the foundation and the work that is to be done on roads this year is incontestable.”

President Akufo Addo said this Tuesday when speaking on GBC- Sunrise FM in Koforidua as part of his working visit to the region.

He appealed to Ghanaians to give him another chance to enable him do more to improve the living conditions in the country.