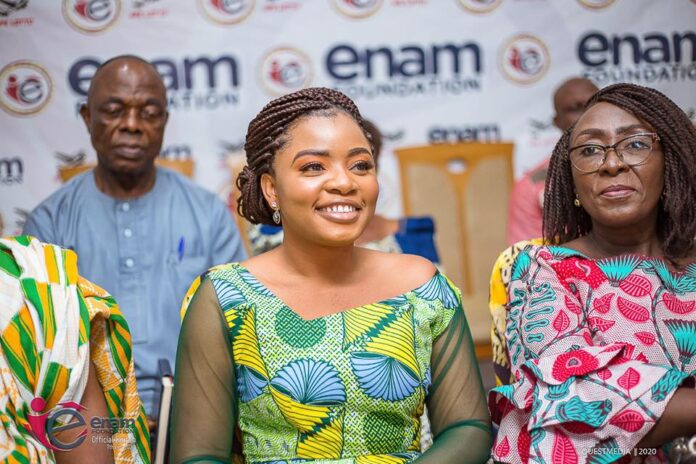 She claimed it is a great opportunity for Ghanaian women since the appointment of the former Vice-Chancellor of University of Cape Coast has opened doors for women.

Speaking with Eddie Ray on Kasapa Entertainment, Enam indicated that Prof. Jane Nana Opoku Agyemang can project values of women if she is supported by all regardless of the political colours.

“It is a big thing for women. Prof’s appointment has open doors for women. Let’s support her regardless of our political colours so she can project women. She has taken a giant step so we need to support her than dig to her past which to me it isn’t relevant.” Enam noted

Commenting on the recent flogging of a 90-year-old woman which led to her death, Enam described the act as barbaric.

Madama Akua Denteh was flogged publicly by a female soothsayer with support from others who accused her of being a witch, an incident that was met with national outrage.

“It is a very unfortunate incident seeing a woman beat another woman who is accused of witchcraft. I asked myself so what happened to women supporting women

“There has been a low level of public confidence in our security set up. If our security is tight, we wouldn’t have seen this barbaric act done to the 90-year-old woman.

“Justice must be served to the late Maame Akua Denteh,” Enam added