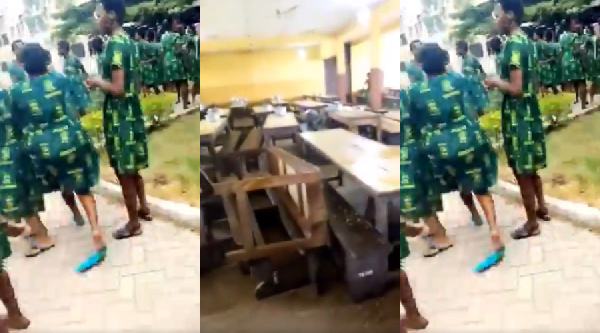 The Ghana Education Service has dismissed some fourteen Final year students currently writing the West African Senior Secondary Certificate Examinations(WASSCE) over their involvement in violence in their various schools.

The student have also been barred from writing the examination.

There have been violent incidents including vandalizing of properties in some schools after some of the candidates complained of difficult questions and strict supervision in the exam hall.

Some other students in viral videos on social media are seen insulting President Akufo Addo for deceiving them after none of the past questions procured for them by the government appeared in their examinations.

According to a statement signed by the GES Director-General, Prof. Kwasi Opoku Amankwa, the dismissed students are to leave their school campus with immediate effect. 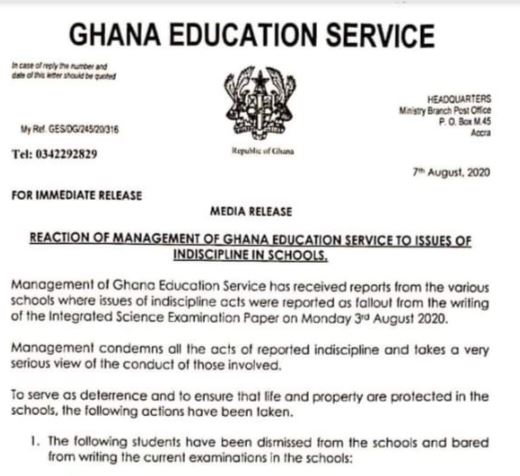 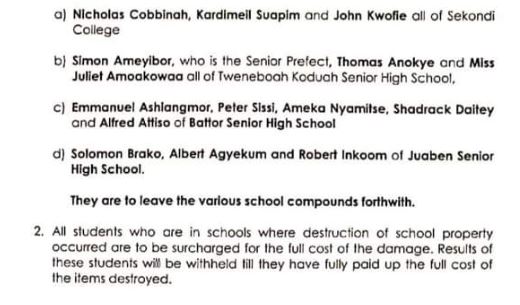 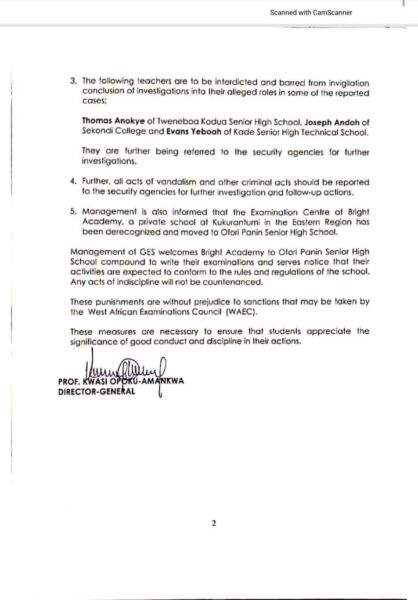