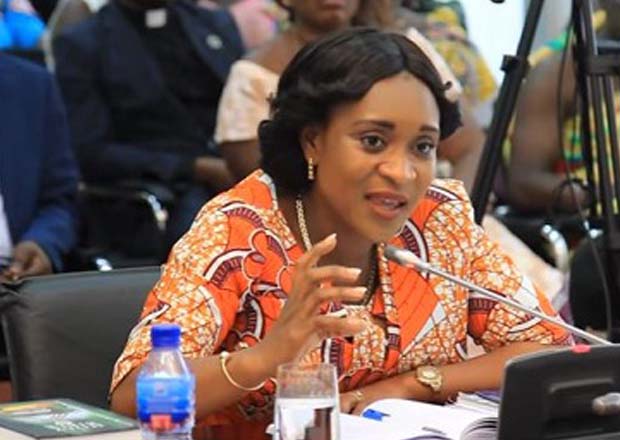 Deputy Minister, Abena Osei Asare has stated that Ghanaians find renewed confidence in the economic landscape following the unbeatable economic policies put forth by the government to repair the economy.

In an address during the launch of the party’s 2020 manifesto, the Deputy Finance Minister said it will commit to growing the economy even better.

According to her, the hitherto ailing banking sector has been saved and doing well amid covid-19 distruption.

President Akufo-Addo and Vice President Mahamadu Bawumia are expected to speak at the launch.

The event is being held virtually as a result of Coronavirus.

“For persons other than members of the party’s National Council who wish to participate in the event to join the feed, such persons are encouraged to converge at the various regional offices of the party where the proceedings will be projected on large screens,” the party statement said in a statement.