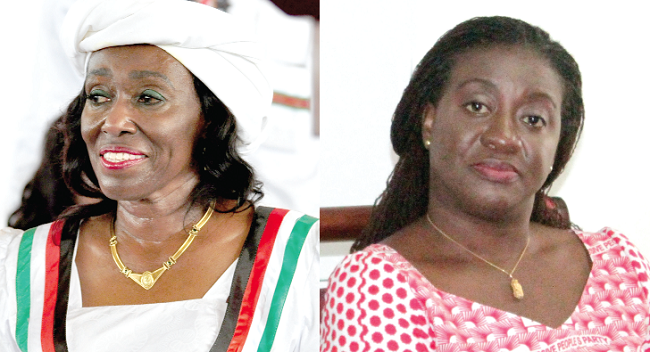 The Network for Women’s Rights in Ghana (NETRIGHT), the Domestic Violence Coalition (DV Coalition) and the Women’s Manifesto Coalition (WMC) have congratulated Mrs. Nana Konadu Agyeman-Rawlings and Ms. Brigitte Dzogbenuku following their selection as Presidential Candidates of the National Democratic Party (NDP) and the Progressive Peoples’ Party (PPP) respectively in the 2020 National Elections.

“As women’s rights and gender equality organisations, the 3 Coalitions see the 2020 Elections as the dawn of a new era for women in national leadership, epitomising possibilities arising out of seeming impossibilities in Ghana’s political space,” a statement issued and jointly signed by the three Coalition said.

According to them, the development is a game changer and vital to democratic growth and gender equality.

“This action delivers a strong message in support of the various endeavours women groups have engaged in to demand for the promotion of gender sensitivity in political leadership.

“We reiterate our call to all political parties to acknowledge women’s readiness to contribute as critical decision-makers at all levels of the governance system. As a matter of urgency, political parties must recognise that promoting women to high level positions of leadership is a key determinant of women’s political empowerment and equal engagement. This must be backed by a commitment to undertake systemic and structural reforms that enables a gender equal participation of women at all levels of society.

“Once again we congratulate the two candidates for their nomination, reminding them that as women, we have a stake in our collective effort in working to remove inequalities as well as build genuine and equal ownership in ways that are truly transformational. We believe that women’s active participation in politics at the highest level can lead to a qualitative difference in the way the country is governed especially in terms of inclusiveness and equitable distribution of national resources.”