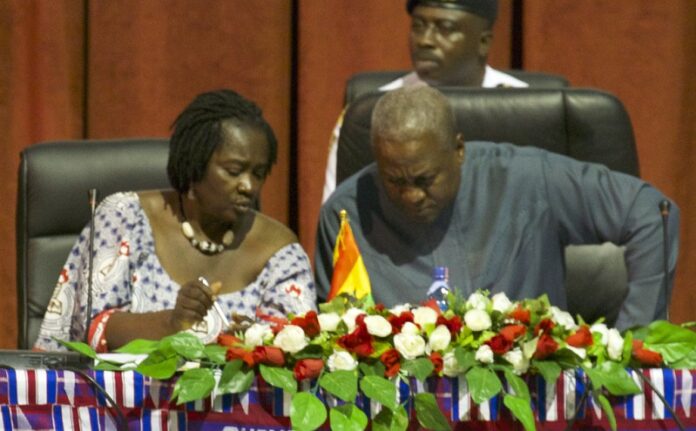 Former President John Dramani Mahama has yet again justified the choice of Professor Jane Naana Opoku Agyemang as his running mate for the election 2020.

Addressing residents of Funsi in the Upper West Region, the former President reiterated that his running mate is over-qualified to occupy that high position as the Vice President should he win the December, 07 Presidential elections.

“I keep saying that we didn’t select her because she is a woman, we selected her first because she’s qualified and the bonus is that she happens to be a woman. And so i know that history is about to prevail. That by the grace of God, Insha Allahu for the first time in the history of Ghana, a woman will serve as the Vice President of the Republic of Ghana.” he told the charged crowd.

According to him, women form about 51% of the country’s population but have not had fair representation in Government, particularly, the two highest decision-making level of the nation.

He intimated that the country must embrace a society where women can explore their full potential.