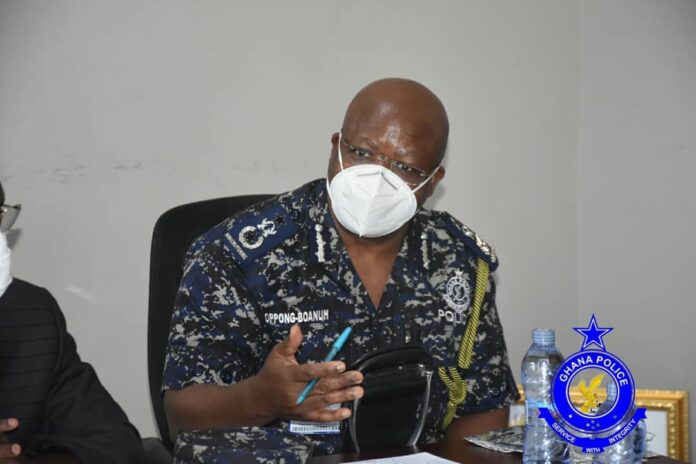 The Inspector-General of Police, James Oppong-Boanuh has assured the public of disciplining personnel of the service who go contrary to the code of the profession during this year’s election.

The IGP intimated that the service would not entertain any misconduct of a police officer, saying the Police Administration will institute systems to check on their conduct and operations.

Mr. Oppong-Boanuh made this disclosure during a media briefing in Takoradi, on the preparedness of the Ghana Police Service for the 2020 general elections.

As part of the preparations towards the upcoming general elections, the Inspector-General of Police Mr. James Oppong-Boanuh has begun a regional tour from the upper part of the country and is currently in the Western North Region to assess the Police in their readiness towards the December polls.

Meanwhile, on Monday, September 21, 2020, the Police embarked on a route march on some streets of the capital city, Accra to assure the public of their readiness to provide adequate security for the upcoming Presidential and Parliamentary Elections.

As part of the march, the Police displayed some Police resources like ambulance, trained dogs, crime scene and armoured vehicles, which shall be tactically deployed as part of resources for election security.