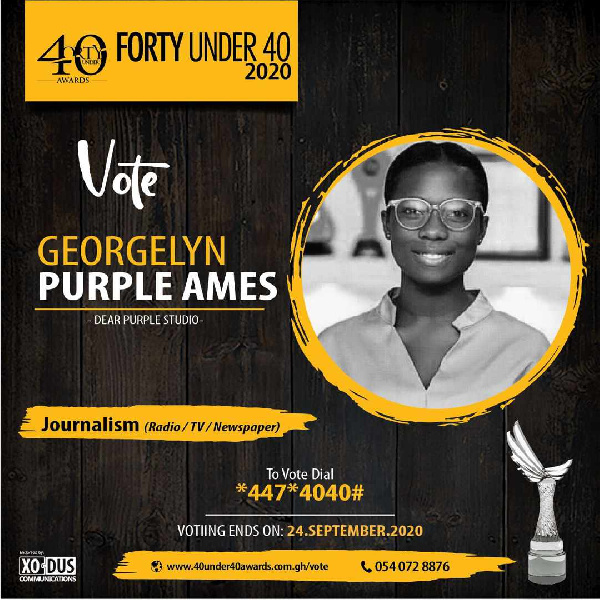 Film, television and radio producer Ames Purple Georgelyn, popularly known as Dear Purple, has been honored with a nomination in this year’s 40 Under 40 Awards.

Purple was nominated in the Journalist (TV, radio and newspaper) of the Year category.

Ames Purple Georgelyn is just 21 years old and is the youngest among the nominees.

“The Forty under 40 Awards is to identify, honour and celebrate a cross-section of the nation’s most influential and accomplished young business leaders under the age forty from a wide range of industries we cover, who are committed to business growth, professional excellence and community service and have risen up the ranks of their companies or industries at a relatively young age as result of this,” organisers say.

“We believe that in putting the spotlight on these young achievers it will not only celebrate them but also build a strong platform for them by giving a voice and opportunities to the next generation of industry pacesetters whiles building a positive attitude in our youth to strive for excellence at a tender age.”