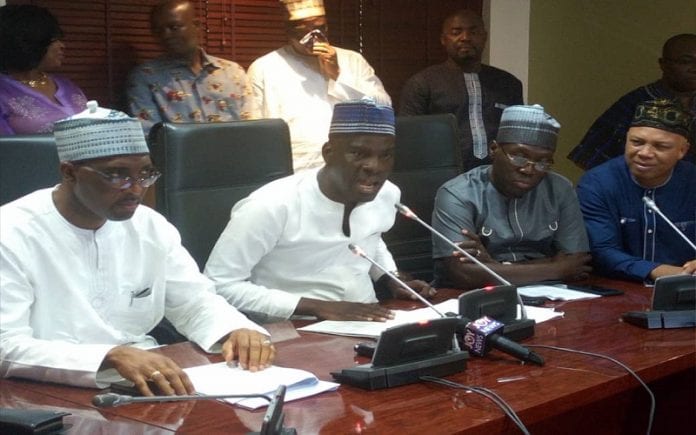 The Member of Parliament for Sekondi, Andrew Egyapa Mercer has accused the Minority Leader, Haruna Iddrisu and his colleagues of being mischievous in their demands for a prospectus covering the eventual sale of shares in the Agyapa deal.

He reiterated that the requisite and detailed documents being demanded by the minority caucus has to go through a regulatory approval process before it can be released to them or be made public.

“We sat in this country, that documents that is related to the Military Corporation Agreement, marked SECRET, was submitted to the Parliament of the Republic of Ghana. What did our friends in the NDC do with it? They bastardized it, devalued the entire essence of the secret nature of the transaction.

“It’s important that due process is followed. Ato Forson, knows this, Haruna Iddrisu, my good friend, knows this. And I’m telling you on authority that they’re being nothing but mischievous, because they know that when you’re going through the process of listing, it’s only at a certain point that the information can be available to the public, he told GHOne T.V on Wednesday.

His comment comes after the Minority’s request for the full complement of requisite documents to guide and facilitate a thorough scrutiny and due diligence of the proposed deal in accordance with article 185 of the 1992 constitution.

Key amongst these requisite documents were the prospectus that contains more important details of the deal such as projected cashflows, underlying assumptions and the dividend policy, the incorporation details for the SPV- Agyapa Royalties, the detailed justification for the choice of Jersey- a known tax haven, and the fiscal impact assessment among others.

But the Sekondi lawmaker contends that he ‘fails to see how one can raise any questions about this deal.’

According to him, those information, which are forward looking, and allegedly being kept under wraps are such that they’re not to be disclosed until the approval process is completed.

“This is a public listing, so it cannot be the case that the prospectus can be kept under the carpet. When it’s approved and ready, it would be issued for prospective investors which may include you and I, because it’s going to be listed simultaneously on the Ghana Stock Exchange.”