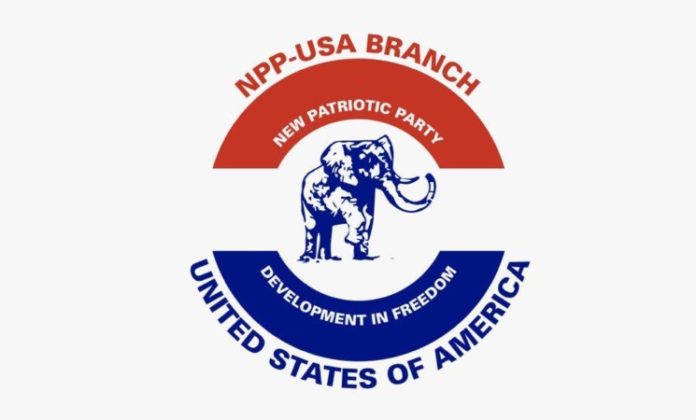 As the December polls draw near, some political contractors have started orchestrating steps in various forms towards their selfish “gratification”.

They do these by employing demagoguery tactics that make them appear as advocates who mean well for the masses but in the end, their ultimate mission is their own personal aggrandizement.

One of these “characters” who has been engaging in this political trade since 2012, is one Mr. Agyenim Boateng, known in political circles as Gyataba.

In addition to the many crooked machinations adopted by this man who has been a hireling of former president Mahama and the NDC for years now, has begun a series on social media, employing tricks with the view to hypnotising the unsuspecting public to buy into the biddings of the NDC.

A video has been circulating on facebook, Whatsapp and other social media platforms, in which Gyataba is castigating the NPP government and President Akuffo -Addo for allegedly not having anything to point to in the Ashanti Region in terms of development.

In order to gain prominence for his propaganda and lies about developments in the Ashanti region, he deliberately wore cloth, spoke majestically, and used other majestic gestures to carry himself as a traditional chief in Ashanti, advocating development for the people in the Ashanti Region just to deceive those who do not know him as a politician who once was the secretary to Kwasi Addai-Odike’s UFP party. He also demonstrated his tribal bigotry by seeking to create a divide between Ashantis and Akyems in his ill-informed comparison of development in Ashanti and Akyem; a very dangerous comparison that should not be tolerated.

To set the records straight on development projects in the Ashanti Region, particularly under President Akuffo-Addo’s government, we will catalogue all completed and ongoing projects in the region in another article, but before that is done, here are few projects we want to bring to the attention of the general public. He pathetically and naively credited projects that President Kufuor started in Ashanti Region and President Mills continued to President John Mahama.

In the Atwima Mponua District, a 5,000 capacity multipurpose sports complex has been built at Nyinahin, the district capital to help augment sporting activities in the region.

Work has begun on the 44-year old maternity and children’s block at the Komfo Anokye Teaching Hospital that has been abandoned since 1976 by many governments including the P/NDC 28 years reign. €155million has since been committed into this all-important project by President Akuffo-Addo.

Earlier, the First Lady Mrs. Rebecca Akuffo-Addo’s foundation lobbied for $2.5million to help build and expand the Mother and Baby Unit of the Komfo Anokye Teaching Hospital (KATH) in order to make the unit more spacious to accommodate a greater number of patients. The facility is currently in use.

There has been a major facelift and expansion of the Kumasi Airport to conform to international standards and make it an international airport.

The NPP government under Akuffo -Addo has revived the Anglogold Ashanti mines at Obuasi that was shut down during Mahama’s regime. This has given employment to many people in Obuasi and its environs.

The Kumasi-Obuasi road which was a death trap for many years due to its poor nature, and which claimed many lives, is being constructed and asphalted to make travelling on that stretch convenient.

The majority of the town roads in Kumasi have been asphalted to make commuting in the city smooth.

Phase 2 of the Kejetia Market which involves the construction of the Central Market has been started by Akuffo-Addo and his NPP government. An amount of $278million was approved to complete the project for the people both in and outside the region.

The NHIS capitation, which was implemented only in the Ashanti Region by the NDC administration which became an albatross hanging around the neck of and killed many people both indigenes and residents accessing health care, has been abolished by Akuffo -Addo to ease the challenges that came with its implementation.

Other projects started by President Kufour but abandoned when the NDC took over for 8 years, have been reactivated including some of the hospital projects he credited Mahama with. The Asokore Mampong affordable housing project has resumed and some units have been completed.

The Afari Military Hospital project has been resumed. Funds have been secured to continue the Boankra inland port project, and construction of classrooms and dormitory blocks are either completed or ongoing in many senior high schools in the region. Many hospitals and clinics are also under construction.

These projects in the Ashanti Region have been achieved in less than 4 years of President Akuffo-Addo’s first term.

For the avoidance of doubt, we re-echo that, Mr. Agyenim Boateng, also known as Gyataba, is not a chief or a traditional leader in any part or town in the Ashanti Region. He is fraudulently masquerading as one just to seduce the unsuspecting people to believe his fabrications and ploys.

He was once a member of The United Front Party founded by one Akwasi Addai, a businessman known as Odike in Kumasi. It is noteworthy that, in the run-up to the 2016 elections, he fought with the founder of the UFP over money and claimed ownership of the party. In an attempt to become the presidential candidate of the UFP, he was disqualified by the Electoral Commission (EC) for his inability to fill the nomination forms properly.

He later joined former President Mahama’s campaign to help him in the 2016 polls having failed to manage his own UFP party. Such a person has no credibility nor facts to be taken seriously.

We reiterate that President Akuffo-Addo and the NPP very much appreciate the loyalty and votes of Ashantis and does not take that for granted.

We urge you to discount these unwarranted effusions of political wannabes who have nothing to offer.

The views expressed by the writer are solely his and do not represent the position of Kasapafmonline.com