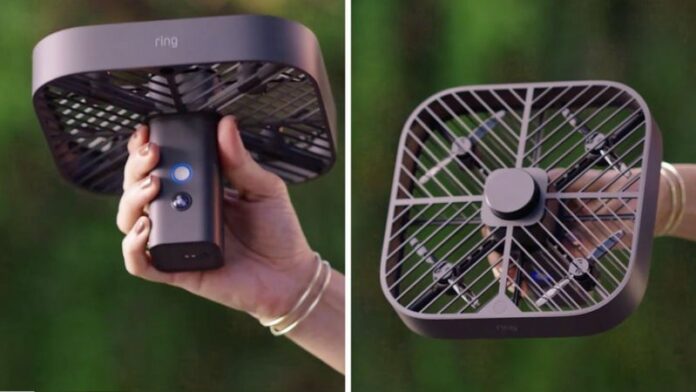 It is designed to activate only when residents are out, works indoors, and is limited to one floor of a building.

The firm also unveiled an online games-streaming service and a voice-activated screen that swivels about.

But one campaign group described the drone camera as Amazon’s “most chilling home surveillance product” yet.

“It’s difficult to imagine why Amazon thinks anyone wants flying internet cameras linked up to a data-gathering company in the privacy of their own home,” said Silkie Carlo from Big Brother Watch.

“It’s important to acknowledge the influence that Amazon’s product development is having on communities and the growing surveillance market.”

When the Always Home Cam is triggered by a suspected break-in, owners will get a smartphone alert to let them see live footage.

Amazon said that privacy had been “top of mind” when the machine was designed.

“It only reports when it’s in motion, and when it’s not in motion it actually sits in a dock where it’s physically blocked from even being able to report,” explained Leila Rouhi, president of Ring.

“In addition to that, it’s built to be loud, so it’s really privacy that you can hear.” 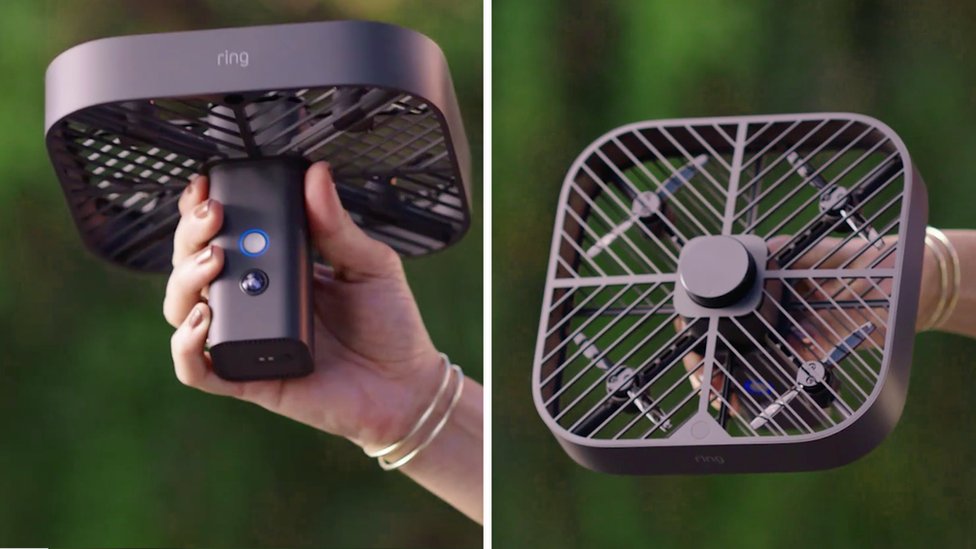 The drone’s rotor blades are inside a cage, which could help protect pets.

“The Always Home Cam is an incredibly ambitious device that will seem like something from a science fiction movie for many consumers,” commented Ben Wood from the consultancy CCS Insight.

“I expect it to generate a huge amount of interest from technology enthusiasts who are typically the people who embrace smart home technology first. However, it is also likely to provoke a huge discussion around privacy and the future role of technology in the home.”

The Ring division also unveiled a new security camera designed for use in a car, which monitors for nearby activity when the vehicle is parked.

It can also start recording video if a driver is pulled over while on a journey, potentially allowing them to record an interaction with the police.

Ring’s business has previously been criticised because it has encouraged users to share their recordings with the authorities. This has prompted claims that it is normalising surveillance technologies that can intrude on people’s lives.