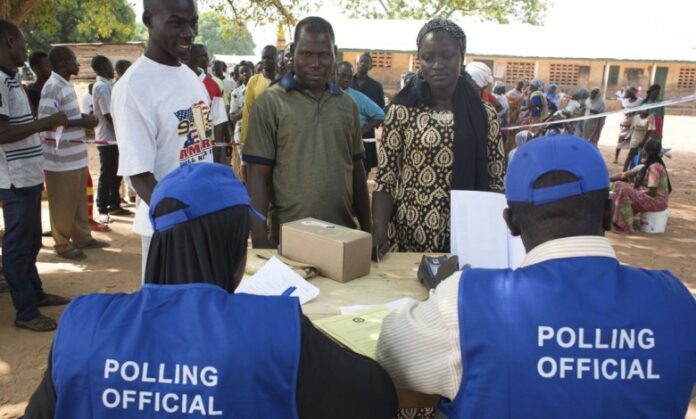 There is confusion at Abuakwa South Office of the Electoral Commission between Registration Officers with Special Duties (RODs) and the Municipal Electoral Officer over allowances.

The last straw that has broken the camel’s back is the alleged deliberate sideline of the majority of RODs from the voters’ exhibition exercise which started September 10 and ends September 20, 2020.

The Abuakwa South Municipal Electoral Officer is reported to have vowed not to work with the RODs again in any exercise of the Electoral Commission because of “misconduct over the allowance “.

“At first some of the RODs were given Ghc200 others too were not given anything so some RODs found out from other Constituencies and they got Information that it was Ghc1000 given them as T&T allowance so we called our Returning Officer so the Retuning officer tried to fight for us so we were able to get ghc200 after a meeting with the Director. She gave us Ghc200 on that day but the guys said no at least give us ghc300 so at least we get total of Ghc500 each out of Ghc1000 due us because she said she had made some expenses”

“We wish that she was going to include us in the registration exercise so at least we get something to replace the short-changed. So we were there when they were calling people for the exhibition exercise but we were not called because we complained over our monies” one of the officers told Starr News on condition of anonymity.

However, when contacted the Abuakwa South Municipal Electoral Officer Christable Yeboah Asante denies squandering the allowance of the RODs. she explained that she hired some office staff to do the work of the RODs during the voters registration exercise because their allowances delayed therefore shared their allowances with the people she hired.

“The actual thing was the money didn’t come early. We went about three weeks into the exercise before the money came. We also don’t have office an at Kyebi so we have to come to Tafo and then as at that time because I didn’t have money to give to them I didn’t want to burden them with T&T. We also have to do the things in the evening close at 6:00pm before we come back to Tafo to do the transfers “.

She continued “So I had some people at the office who were collecting even before we realized they were going to pay them. That time, we had done for three weeks so later on, when the money came I decided that those who started should continue doing it so the RODs will continue to stay at the centers because they had other duties to perform. So later on I have to give part of the money to those who started and those RODs who didn’t go to any place were also given some. We divided it. Not that we have chopped their money”.