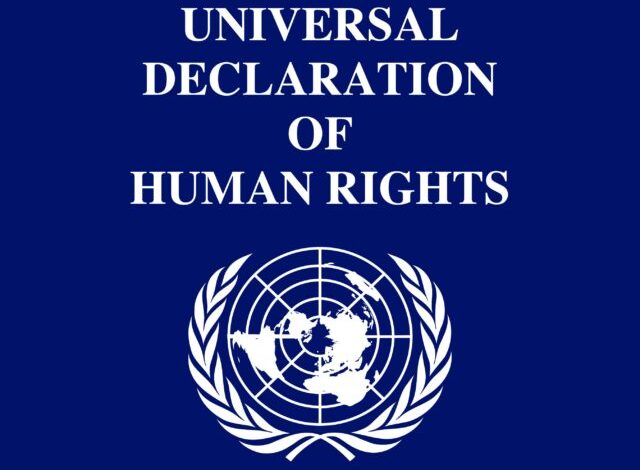 Coalitions of Human Rights groups have called on the South Korean government to reaffirm the country’s Constitution and the United Nations (UN) Declaration of Human Rights and to accord the same protection to its citizens without fear or favour at all times.

The group also said that all oppression and discrimination against any minority religious group anywhere across the world should not be tolerated, especially in this critical time of the COVID-19 pandemic.

The groups made this known in a communique issued at the end of a two -day virtual summit on themed: “COVID-19 and Human Rights Abuses” hosted by the Accra Human Rights Forum International.

The group said the discrimination against the Shincheonji Church and its members must be put to an end immediately. They said factual events of oppression faced by Shincheonji Church in South Korea when the 31st patient (a.k.a. Patient 31) was confirmed in a province called Daegu, was a mass infection in Shincheonji Daegu Church as the patient attended services there.

According to them, “this led to more than 4,000 congregants of the church getting infected with the coronavirus. The church was consequently blamed for the spread of COVID-19 in South Korea, and Patient 31 was called to be the ‘super spreader. Daegu city proclaimed the year 2020 to be a “Daegu-Gyeongbuk Tourist Year” and welcomed thousands of Chinese tourists since the end of January this year, without any restrictions despite the local citizens’ concern on the spread of the coronavirus.”

They further said that the Korean Medical Association (KMA) had advised the South Korean government multiple times in January to block entries from China. KMA announced that once locations are appropriately disinfected and sanitized, they are safe for use without the risk of infection.

“Shincheonji ordered all churches (branches) across South Korea to prohibit entries to the church from January 26 to February 7, 2020, in an effort to prevent the spread of the virus. The church followed the advice of the government and medical institutions and carried our religious activities under the protocols set by the authorities.

“According to Korea Centers for Disease Control (KCDC), Patient 31 was a case of a secondary infection. The former director of KCDC also explained that at least 180,000 undiagnosed missing cases were expected, but were not discovered, as they were not tested, unlike the Shincheonji Daegu church congregants who were tested through total inspection. The government took measures to have the church submit a list of its members both in Korea and abroad, as well as their properties across the nation,” the group declared.

However, the group said Shincheonji was criticized that it was not cooperating, and since then its congregants have become the target of collective hatred, leading to more than 5,500 cases of human rights violations, including workplace bullying, persecution, discrimination, and stigmatization

They, therefore, admonished that freedom of religion must be practiced in any democratic country and South Korea should not be exempted from that.

“While containing the COVID-19 pandemic, we, as global citizens, do hereby pledge our undying commitment to fight discrimination and human rights abuses in whichever shape or form, for our collective benefit,” they said.