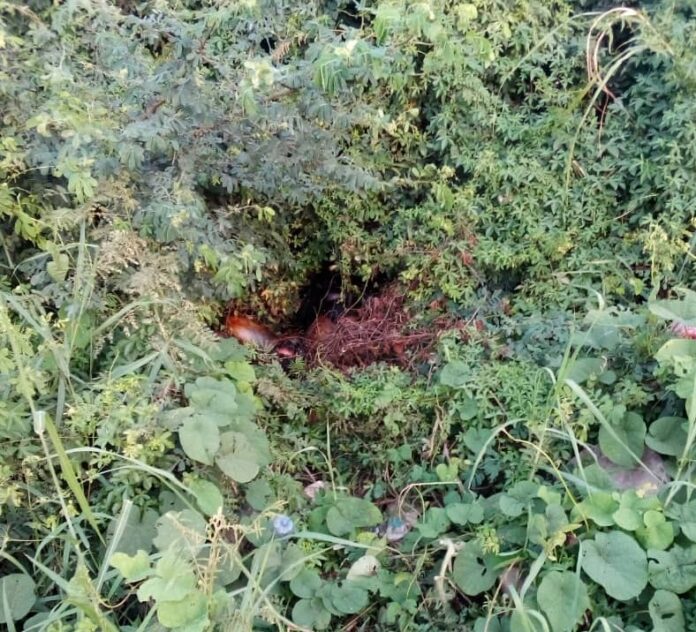 A young lady believed to be in her early twenties has been found dead at Weija near the Asafoakye park in the Weija-Gbawe Constituency of the Greater Accra.

According to the assembly member for the old Weija Electoral area, Hon Ayitey Blankson the deceased who was found rotten is not a known resident of the area.

“My people complained of bad odour in the area, so someone in his bid to find out what was causing that foul smell traced only to find out that someone has been killed and dumbed and left rotten in the bush.

“We are yet to find out where the deceased comes from. We have asked all the communities in the area yet nobody seems to have an idea so I am appealing to the general public that whoever it is whose daughter has gone missing for the past two weeks should report it to the police possibly that could be their daughter.”

Meanwhile, some residents have urged the District Police Commander C/Supt. Daina Tei Enninful to beef up security in the vicinity to enable them to do their legitimate work in peace.

They claim this is not the first time such an incident has happened in the area as people are killed and dumped in the bush a situation that has caused fear among them.