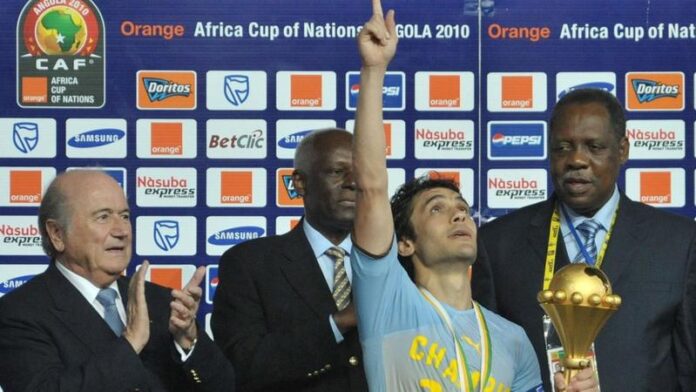 An investigation has been launched by the Egyptian FA (EFA) after it found that its original Africa Cup of Nations trophy was found to have disappeared from its headquarters in Cairo.

The missing trophy, whose style was first used in 2002 after Cameroon received the previous cup after winning that for a third time in 2000, was awarded after Egyptian triumphs in 2006, 2008 and 2010.

After the EFA headquarters were attacked in 2013, various trophies – including the Nations Cup – were moved to a storeroom.

However, local officials only searched out the trophy recently after a decision to renovate the entrance to EFA headquarters so that Egypt’s multiple football cups could be displayed there.

It was during this recent renovation work that the prize was found to have vanished, along with a number of other pieces of silverware.

The building was stormed by angry fans during violence in Cairo in 2013, and investigators are assessing whether that may have been when the trophy was taken as well as how many others are also missing.

Confederation of African Football (Caf) regulations state that a team that wins a particular incarnation of the Africa Cup of Nations trophy three times can win it.

Ghana was the first team to win the trophy three times, in 1978, while Cameroon then received the second version of the Nations Cup trophy after becoming the first country to win it on three occasions.

Under Caf rules, teams that win the Nations Cup receive a replica of the trophy on a permanent basis while they are allowed to keep the trophy for the two years in-between tournaments before handing it back.

The current trophy, whose style is still the same as the one won by Egypt, is in the hands of Algeria, who won the last Nations Cup title (in Cairo) last year.