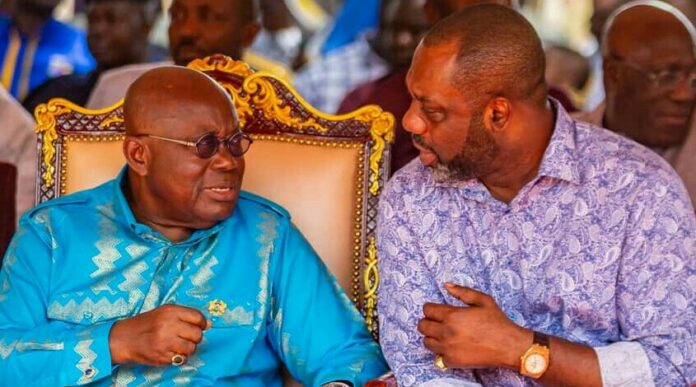 The University of Ghana branch of University Teachers Association of Ghana (UTAG) wants President Akufo-Addo to exercise his constitutional powers to have the Public University Bill (PUB) withdrawn with immediate effect.

The leadership of the UG-UTAG at a Press conference in Accra on Wednesday threatened to ramp up action and crusade against the controversial bill saying “We assure the Ghanaian public that UG-UTAG will not relent in its opposition to this harmful Bill and in its campaign to preserve the independence of Ghana’s higher education, for the sake of posterity.”

It described the PUB as unconstitutional, unnecessary, and deeply harmful to the integrity of public universities.

The group contends in the bid to pile more pressure on government, it has garnered over 2,700 signatures from concerned academics, students and members of the
public in Ghana and all around the world backing up its petition to the government.

“We also stand today with the Centre for Democratic Development-Ghana (CDD-Gh) and the Institute for Democratic Governance (IDEG), both of which submitted memos to parliament critiquing the Bill,” the group said.

The bill, according to government is ostensibly for the purpose of harmonizing the laws that regulate public universities but members of UTAG have held that the bill is disguised to expand the frontiers of executive power.

The running mate of the NDC Flagbearer, Prof. Jane Naana Opoku Agyemang has asked government to rescind its decision to pass the bill.

According to her, any form of political interference in the management of the country’s public universities will be detrimental to strides made in running the country’s tertiary institutions.

It will be recalled that major stakeholders in the education front like the Ghana Academy of Arts and Sciences, The University Teachers Association of Ghana, and the Minority Caucus in Ghana’s parliament have opposed the decision.