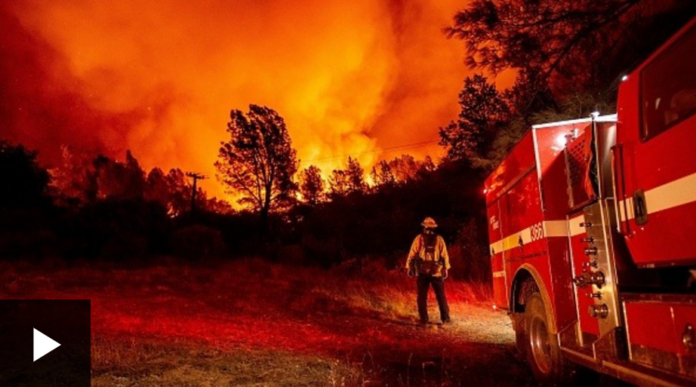 Former President John Dramani Mahama has berated the US government for shooting itself in the foot following the latter’s disinterest in the fight against climate change.

More than 100 wildfires are currently scorching 12 western US states.

The worst affected are Oregon, California and Washington, where entire towns have been destroyed.

Commenting on the incident, the former Ghanaian leader said the US Government ought to be blamed for this catastrophic wildfires after its withdrawal from the Climate Change Agreement and subsequent repeal of regulations limiting emissions and other environmental controls.
This according to Mahama, threatens our whole planet and the US itself, saying “And it abdicates its leadership role in the fight against climate change.” 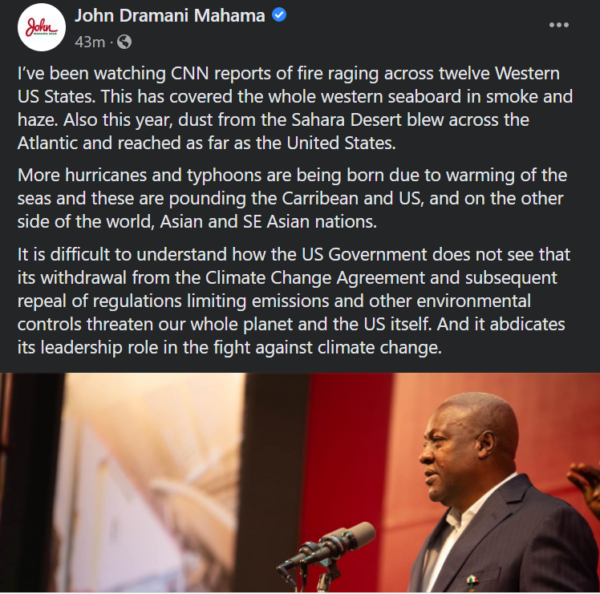 Authorities found seven bodies in Northern California on Thursday as firefighters battled multiple ravaging wildfires, raising the total number of victims in the state to 10.
At least five others have been killed in Washington state and Oregon this week amid a series of out of control wildfires.