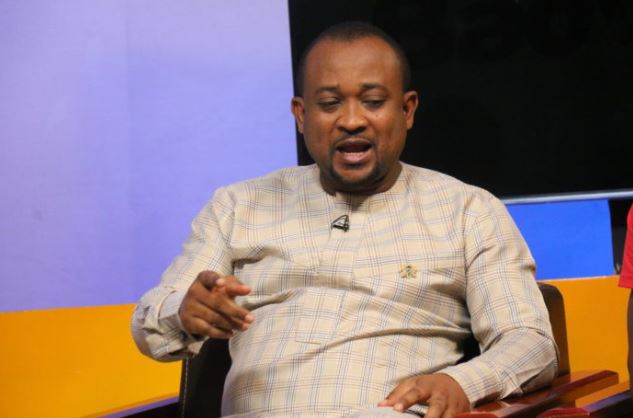 The Deputy Minister for Information, Enam Pious Hadzide has reiterated his government’s outmost respect for traditional authorities in the country, especially Chiefs in the Volta region.

While commenting on the disagreements and controversies that characterized the deployment of the military into the Volta region during the recent Voter’s registration exercise, the Deputy Information Minister noted that it will be inappropriate for him to engage in any public commentary that will disagree openly with the Chiefs.

He said, “As for me, I don’t want to get involved in a public commentary and disagree openly with any Chief from the Volta region; they are our Chiefs, they are our landlords, we respect them, we will continue to work with them. We can not engage with our Chiefs openly that they misrepresented the facts, they didn’t tell the truth; we can not do that and I will not do that.”

Mr. Hadzide added further that, President Nana Akufo-Addo is committed to constituting a committee that would interrogate the alleged brutalities in order to put the issues to bed, while stressing that the deployment of the military is nation wide in government’s attempt to limit the spread of the deadly Covid-19 pandemic.

He said, “Even in my speech to Togbewo and Nananom, I indicated like the President continues to do that, the Volta region is an integral part of Ghana and that the only thing that we seek to do is to ensure a fair and equitable distribution of development to all parts of the country including the Volta region. It is for this reason that President at his meeting with the Chiefs asked that they submit three names towards the formation of a committee to deal with the issue and I am certain that the President would constitute that committee today once the Chiefs submit the names.”

“We view the Volta region as an integral part of Ghana and so, it will only be wrong for anybody to think that this government has targeted the Volta region for maltreatment; that is not true, it may only be said by people who are motivated by partisan parochial interest whose view is to divide the Volta to introduce the wedge issue of them against us,” he added.

Mr. Hadzide made the statements in an interview with EIB Network’s Volta Regional correspondent, Faisel Abdul-Iddrisu on the sidelines of an engagement with members of the Volta regional house of chiefs in Ho, on Wednesday, 2nd September, 2020.

At the meeting, Mr. Hadzide briefed the Chiefs on the corona virus pandemic, Ghana’s efforts at confronting the pandemic and the ongoing community engagements and risk education intended to deepen awareness on the pandemic and to also sustain the safety protocols.

He noted that, “This visit is outlined with the aims and objectives of the Ghana Covid-19 Emergency Preparedness and Response Project, which has the objective to prevent, detect and respond to the threat posed by Covid-19 and strengthen the national systems for public health preparedness.”

The Deputy Minister also lauded the Chiefs for their support towards the sensitization of the public on the adherence to the safety protocols.