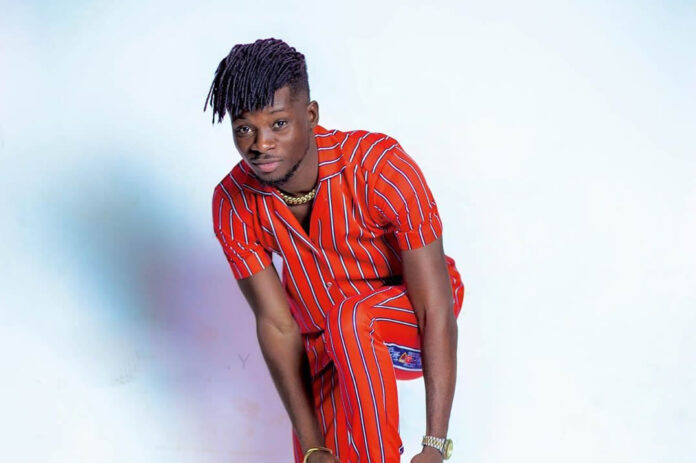 I have been an ardent fan of music and as a matter of fact, Ghana Music,  I am so passionate about the Ghana music Industry insomuch that I sometimes defend decisions of entities whose behind the scenes’ activities I am not privy to and one of such entities is Charterhouse – the organizers of arguably the most prestigious awards night for Artistes (Both underground and mainstream) in Ghana.

It is in this light that I have been compelled to reluctantly express my contained thoughts concerning the just ended Vodafone Ghana Music Awards (VGMAs) which was slated for Friday and Saturday, 28th and 29th February 2020 respectively.

Much as my love and voracious appetite for the music industry gave room for a heart-breaking experience after the fateful night, a dispassionate thought is what this piece wishes to convey.

The Vodafone Ghana Music Awards has been with us for twenty-one years and this calls for celebration regardless of the anomalies, scandals, and unforeseen happenings which sometimes mar the wonderful and memorable nights. If I were to borrow a word to describe the trajectory thus far as the Vodafone Ghana Music Awards is concerned, it would be no other than “progressive”, without gainsaying, the Event has always outperformed its former, and we vehemently believe we will get there “Insha Allah”, by the Grace of the Almighty.

Although we wouldn’t want to justify mediocrity with fallibility, it is very critical we become considerate in assessing performances vis a via juxtapositions. It is in this vein that Charter House needs more of the drive and urge to do more than the constant castigations and inveigh from the general public each time VGMAs comes to fore.

Over the years, decisions made on the nights of VGMAs have been subjected to criticisms (both constructive and destructive ones) due to discrepancies between expectations and what actually transpires, and this has been unequivocally attributed to alleged “biases” on the part of Charterhouse to give unfair favours to some selected candidates.

The interesting aspect of all of this is the response Charter House is always quick to give to such comments. It is incontrovertible that Charterhouse as organizers of the event can’t solely take a decision as to who picks what during Vodafone Ghana Music Awards,  which is why a board (30%say), an Academy (30% say) and the General Public (40%say) constitute the decision making body in honouring Artistes for their crafts in years under review.

This composition sometimes justifies their mantra “Did you vote” each time people try to vent their spleen after a disappointing night.  Truth is, Charterhouse is not always right and opinions can’t be either, however, the interest of the consumers should always be the priority for every serious seller because constant complaints and rants from the consumers could deepen apathy and go a long way towards kamikazeing the market, a bit of caution to Chatter House.

I interestingly believe castigations, imprecations, criticisms following an event like VGMAs are highly expected due to the divergent interests and affiliations in our human setting, individuals tend to take exceptions to decisions when they don’t favour them, but THIS IS DIFFERENT, Charter House.

I say THIS IS DIFFERENT because I thought you were on a progressive journey, I thought we were writing our wrongs and perfecting the imperfections, reason for which music faithful like myself and others were thrown into a state of confusion and shock over the decision to crown Kuami Eugene  artiste of the year for the year under review,  an event of this nature ensued in 2016 when El was crowned artiste of the year, a section of the Public thought the deserving candidate was Bisa K’dei  instead, well, I respected their opinions (which were based on concrete facts which needed  thorough thinking to rebut) but I strongly believed and I still do that the right decision was made that year, both artistes worked effortlessly and relentlessly which is why both artistes won four awards each before the ultimate was announced, point is, it was keenly contested but I thought El’s aura, craft, posture etc as of that time gave him a trifle feet higher than Bisa in the year under review, but  the decision to crown Kuami Eugene who is undisputedly one of the most creative and talented artistes we have in this country  the artiste of the year in the year under review is what remains a mystery.

I don’t hate Kuami but I love music.

Below is an article I penned on 17th December 2018 on how several entertainment pundits adjudged Kuami Eugene as the most outstanding artiste in the said year and tipped him as a potential Artiste of the year.

It was the year Kuami Eugene released his album christened “Rockstar” (an album which had hits after hits like Angela, Wish me well, Confusion, Walahi ) which won the Album of the year that night, and deservedly so.  It was that same year Afrimma bestowed upon Eugene   “Most promising artiste in Africa”, he was at every nook and cranny playing gigs upon gigs, it was that same year Eugene “bragged” that he had to sometimes forgo some events due to the excessive demands for his crafts. No one knows who the artiste of the year was in the year under review due to a brawl involving the two dance hall giants which stained the beauty of the event and brought it to an abrupt end, but I  wasn’t in any way going to contest or doubt a decision to crown Kuami Eugene artiste of the year in the said year under review because the dude really had his nose to the grindstone, the question is who am I?  But I believe I represent the minds of the majority.

Even If the public voted massively for Eugene this year, which I have misgivings about, how on earth did the board and academy reach such a decision?

Is it a makeup award? Are we awarding Eugene for his good works in 2018? We need answers because this is incomprehensible and imponderable. An artiste of the year without an Album?  because the last time I checked his sophomore Album titled ‘Son of Africa’ which has “open gate” making waves at the moment is yet to be released.

Did theCovid 19 distort the calendar year or something?

Kuami Eugene is a fine gentleman with great and enviable talent and we all pray he thrives in his career life, we never expected that his career will be forced to be subjected to such public bash and ridicule, but we are doing this for the love of the music, we love him but Charter  House caused “confusion” to “open gate” for this, we, however, “wish him well” in his endeavours.