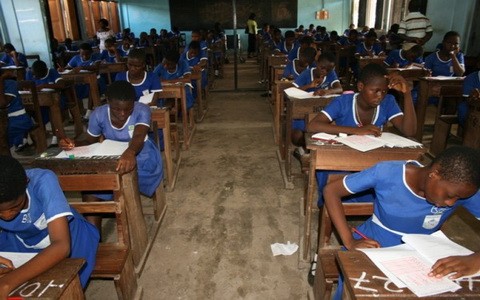 The West African Examination Council(WAEC) has clarified that it does not set two sets of exam questions for a particular subject.

But speaking to Kasapa News Bonohene Baffuor Awuah, the Head, Public Affair Unit of WAEC, Agnes Teye Cudjoe stated that such an exercise is not possible.

“That perception that WAEC sets multiple exam questions for a particular subject is never true. This year we have about 530,000 candidates so how can we print 530,000 questions times two or three. It is not possible, there’s never any version of a particular subject exam question. It is only one version, if it leaks nothing can be done about it. We can’t have our officials on the field with two or three sets of questions so that when something happens we’ll say, hey, change and give the candidates the other set. It is just not possible.”

WAEC’s clarification comes after it emerged that mathematics questions for the Basic Education Certificate Examination(BECE) which was written on Thursday leaked.

According to the Director of Public Affairs, WAEC, Agnes Teye Cudjoe, before 9:00am, the questions were all over social media much to the shock of the Council.

In an interview with Kasapa News Bonohene Baffour Awuah, she revealed that some supervisors who had taken shots of the questions with their mobile phones have been arrested and being interrogated.

A total of 531, 705 final years Junior High School students from 16,000 schools across the country are writing this year’s Basic Education Certificate Examination (BECE).