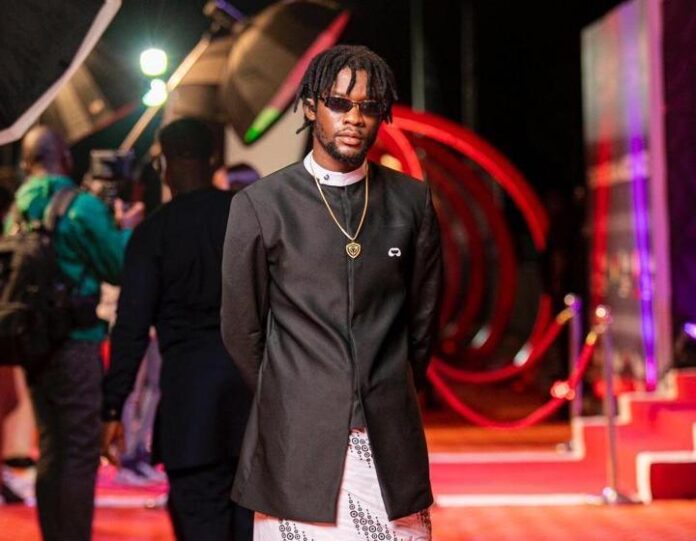 The Vodafone Ghana Music Awards came off at the Accra International Conference Centre on Friday, Saturday and Sunday, August 28, 29 and 30.

The prestigious award event is one that a lot of celebrities and entertainment industry players look to turn up in their best outfits.

Ghanaian multi-talented musician took everyone by surprise as he appeared on the red carpet dressed in a political suit with cloth around his waist.

Worlasi is an alternative musician from Ghana who communicates life from a peculiar perspective cleverly fusing English, Ewe and pidgin to create a rich tapestry worth placing on a perpetual encore

Worlasi was nominated for the 2020 Vodafone Ghana Music Awards, Record of the Year Award.

His ‘Woezor’ track which is off his ‘Worla’ album [The Man And The God] was nominated alongside other deserving tracks because of its artistic and production values.

The 10-track ‘WORLA’ album, released in 2019 is a collaborative album with SENKU Band.