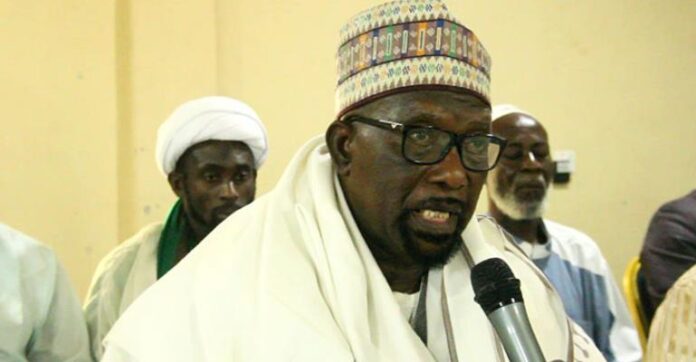 The Ashanti regional chief Imam has cautioned Muslim youth in the Zangos to be minded that the wrath of Allah is against anyone who dares shed blood for any course including electoral violence.

Sheik Abdul Mumin Haroun gave the stern warning while speaking at an event organized by the National Peace Council in Kumasi, to commemorate the United Nations International Day Of Peace which is marked annually on the 21st of September.

He noted: “As elections are drawing closer, they will be coming to hire our youth to go beat people up and assault innocent people just to gain power. Check the airwaves and the internet and view the comments.”

People are so bold to say we will shed blood. You go ahead and you will face the God who gave the blood, in judgment,” he counseled.

The respected cleric admonished all youth in the country to espouse the tenets of unity spelt out in the Bible and the Quran beyond any partisan considerations.

His speech was buttressed by the Kumasi Council of Zango Chiefs who took it hard at persons with political and material interests who entice youth in the Zangos with money, to perpetrate acts of violence.

The council chair of Zango Chiefs in Kumasi Naba Musah Akanbonga II, demanded that the Inspector General of Police order his men not to spare the big fishes fuelling electoral violence.

The National Peace Council however assured that it has begun picking early warning signals and inviting perpetrators of infractions for caution.