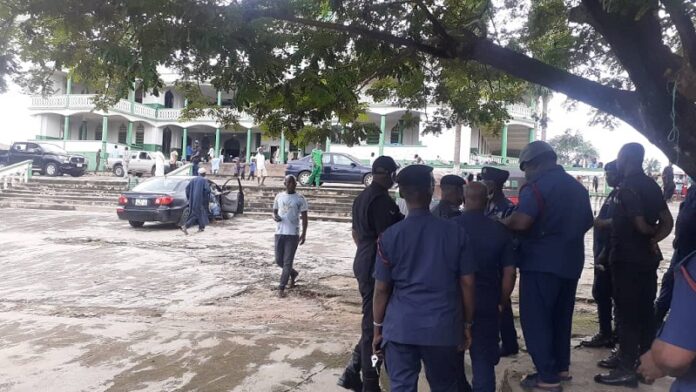 There was heavy security presence at the Central Mosque at Asawase following demands from some Muslim youth for the Ashanti Regional Chief Imam, Sheikh Abdul Mumin Haroun, to resign.

The youth are angered the religious head continues to make political comments that connote his allegiance to the governing New Patriotic Party.

On Monday the youth gave the Imam three days to vacate his post and join active politics if he could no longer maintain his political neutrality. 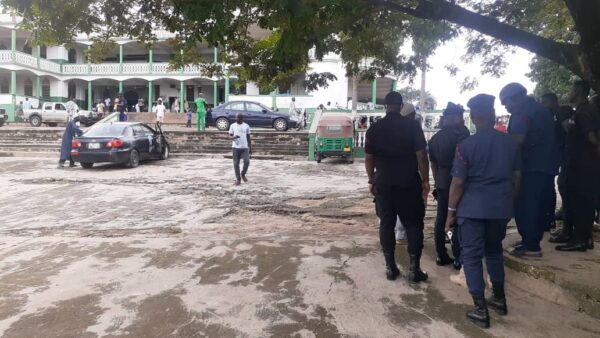 The Secretary to the Chief Imam Ustaz Ahmed Seidu told reporters the scenery was a response to intelligence they picked that some disgruntled youth were coming to cause mayhem at the Friday prayers.

He disclosed: “The boys gave an ultimatum of three days but someone told me the boys were coming here to cause mayhem so we informed the security services.

“I have seen the presence of the police, the military, and some security agents who are not in uniform. Once you are not going to cause any mayhem, you should not be afraid. No one is going to hurt you if you are not coming here to threaten the peace. Just come and worship and pray,” he admonished. 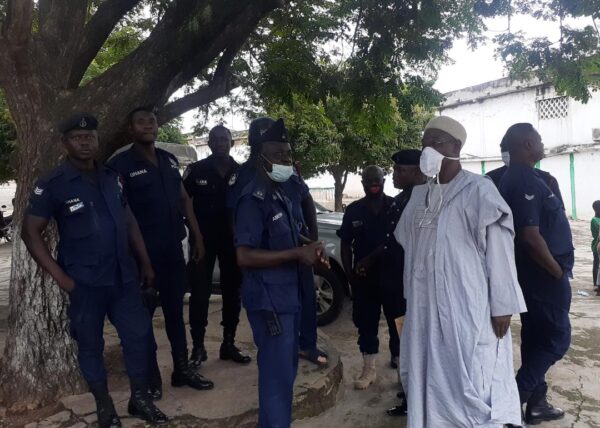 Meanwhile, the leadership of the youth calling for the head of the Chief Imam has indicated that they have no such plans to be lawless.

Convenor for the group, Mohammed Rabiu told Ultimate News’ Ivan Heathcote Fumador they are rather preferring legal charges against the Chief Imam.

“We know that per our constitution, Traditional and religious leaders are barred from doing active politics. We have our lawyers with us. Why should we entertain lawlessness?” he questioned. 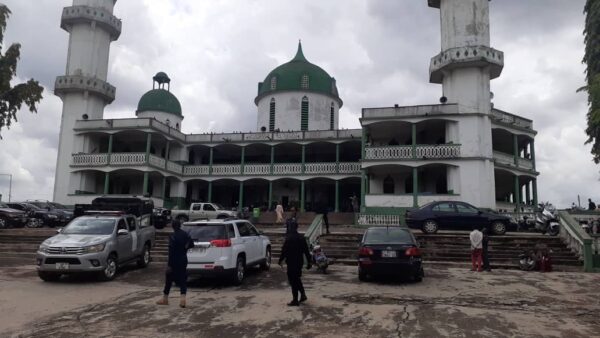 He pointed out that the group has video and audio evidence of Sheikh Abdul Mumin Haroun openly stating that he is AN NPP person.

“He went on to chastise Professor John Evans Attah Mills and John Dramani Mahama for not providing him with a diplomatic passport and for refusing his request to clear a car he brought from Canada without paying duties,” He expatiated.

Mohammed Rabiu indicated that they are done with all their documentation and are waiting for a green light from their lawyers to release a statement denying the threat and further proceed to the courts.