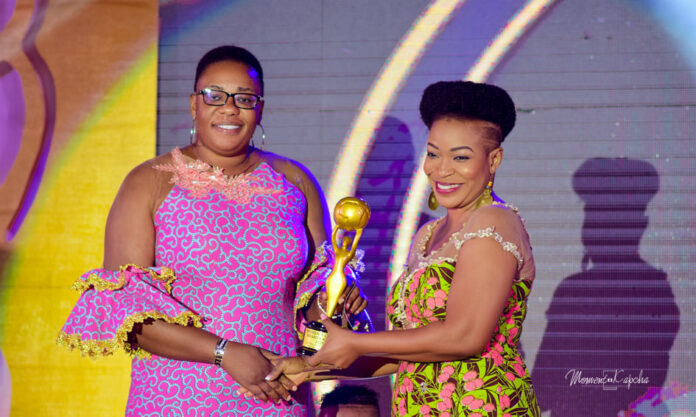 Veteran actress Akofa Edjeani has been honoured at the 2020 Women’s Choice Awards Africa.

The actress received the Woman of the Decade award in recognition of her contributions to the Ghanaian movie industry over the past three decades.

The Global Ovations Limited-powered awards scheme celebrates the achievements and contributions of women to society.

This year’s event was held on Saturday, October 17 at the Swiss Spirit Alisa Hotel.

The award was a recognition of the African Movie Academy Awards winner’s excellence in acting and her contributions to the Ghanaian movie industry over the past three decades.

The president of Women in Film and Television (WIFTgh) dedicated the award to her mother who she called her “backbone” and a relentless supporter of her decision to pursue a career in the make-believe industry.

As a founding member of the Ghana Culture Forum and a Theatre Arts (Drama) graduate of the School of Performing Arts, University of Ghana, Legon, she has consistently projected African culture and brilliance on international platforms. 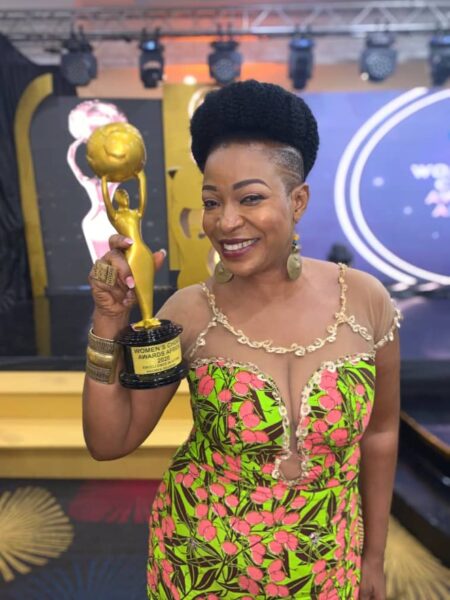 The Ghana Actors Guild (GAG) member was a part of the cultural squad that represented Ghana at the 12th World festival of Youth and Students in Moscow, Russia in 1985.

‘Not My Daughter,’ a film about female genital mutilation by the founding member of the Producers Guild of Ghana (PGG) won ‘Best Short Film’ award at the 2008 African Movie Academy Awards and an award from the Women Arts Institute Ghana. The film was also selected for International Public Television (INPUT) screening conference in South Africa in the same year.

‘I Sing of a Well,’ the film she produced and starred in won three awards and the Best Jury award at the 2010 African Movie Academy Awards, and a British Academy of Film and Television Arts (BAFTA) award at the Pan African Film Festival in Los Angeles, United States.

She was a juror at the semi-final judging stage at the 2009 International Emmy Awards for Asia, Africa and the Middle East, and is an alumna of the International Visitor Leadership Program in the United States.

Her career kicked off in the late 1980s. Her roles in productions including ‘Jagger Pee,’ and ‘Ultimate Paradise’ TV shows made her a household name in Ghana.

She is also the owner of Fali’s Hot Pot, a restaurant at Kanda, and has a certificate in public relations, marketing and advertising from the Ghana Institute of Journalism.